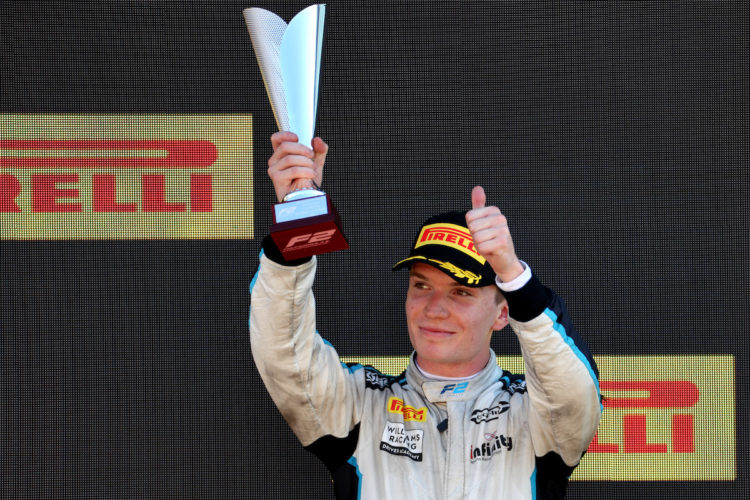 Dan Ticktum has accepted that he has “blown my chances” of obtaining a seat in Formula 1 after he parted ways with Williams.

Ticktum held a development role with the Grove-based squad since 2020 but it was confirmed in August that the parties had split.

It marks the second time in his career that Ticktum has had ties with a Formula 1 team severed.

He was part of Red Bull’s driver scheme through his Formula 3 career, twice winning the Macau Grand Prix, and had a Formula 1 test in Bahrain with the squad before being axed.

During his junior career Ticktum has been involved in a number of controversies on and off the track.

The Briton believes he doesn’t fit the current mould of an F1 driver, accepting that he has said the wrong things at certain points during his career.

“There wouldn’t have been a drive for me next year anyway with [Nicholas] Latifi extending his contract [at Williams],” Ticktum said.

“Obviously, it’s very disappointing, my chances of getting to Formula 1 are pretty much gone, that’s the reality, unfortunately.

“We sort of live in a world, our sport is political and unjust, the best drivers or the most talented sometimes don’t get to the top.

“Whether that’s my fault or not… I’ve opened my mouth far too many times and said things I shouldn’t have said. But I am who I am, but I don’t sort of quite fit the modern F1 driver mould, which as you can tell by my tone of voice, is pretty depressing.

“It’s life. I’m pretty sad to have parted ways with Williams, never say never, I’m a very fast driver. Maybe there’ll be a way back into F1 one day, but it ain’t looking promising.”

Ticktum is currently competing in the Formula 2 championship with Carlin, sitting fourth in the drivers’ standings after five rounds.

The 22-year-old added that he may quit motorsport altogether if he can’t find a suitable drive in an appealing category next year.

“I don’t know many other young drivers that get booted out of two programmes,” he said. “It sounds harsh but that’s what happened.

“Whether it’s completely justified in both occasions, I can still argue it, but there we go. I haven’t been in an article that seems to be massively employable in F1, unfortunately.

“I’m changing, I believe I am getting closer to that article every day, but sadly I believe I’ve probably blown my chances now.

“I don’t know what I’m going to end up doing next year. If I can’t find a way to win races and earn a load of money in motorsport, I’m going to dip, basically.

“We’ll see where I end up, hopefully we’ll get some opportunities. I’m sure I can be very valuable to either another F1 team or somewhere over the pond. We’ll see.”