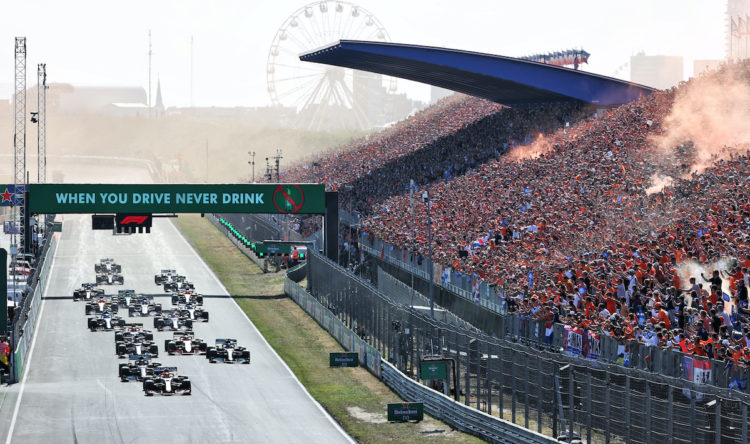 A British Formula 1 fan who travelled to the Netherlands for the Dutch Grand Prix earlier this month was arrested by armed police after they mistook him for a mafia boss.

The 54-year-old, who has been named only as ‘Mark L’, was on a trip to the race at Zandvoort with his son. Following the grand prix he, his son and a friend were eating at a restaurant in the Hague when armed police stormed the building, blindfolded him and led him away.

The Liverpudlian had been confused with Matteo Messina Denaro, an Italian mafia boss who was sentenced to life imprisonment in 1993 for bombings that left ten people dead.

A European Arrest Warrant has been out for Denaro, also known as Diabolik, since he went on the run 19 years ago.

F1 fan Mark L was released without charge according to the Dutch Public Prosecutor’s Office, with a spokesperson adding: “He stated he was an English citizen and not the person claimed by Italy.

“The outcome of the investigation, which was conducted via an accelerated procedure, turned out to be negative.

“The public prosecutor then issued an immediate release order at the beginning of the evening.”

A lawyer representing Mark L added: “It’s like a bad movie, a nightmare that my client has found himself in.

“Imagine one moment you are having a bite to eat and the next you are sat in a maximum-­security Dutch prison.”

59-year-old Denaro is Italy’s most wanted mafioso who once boasted he could “fill a cemetery” with his victims.