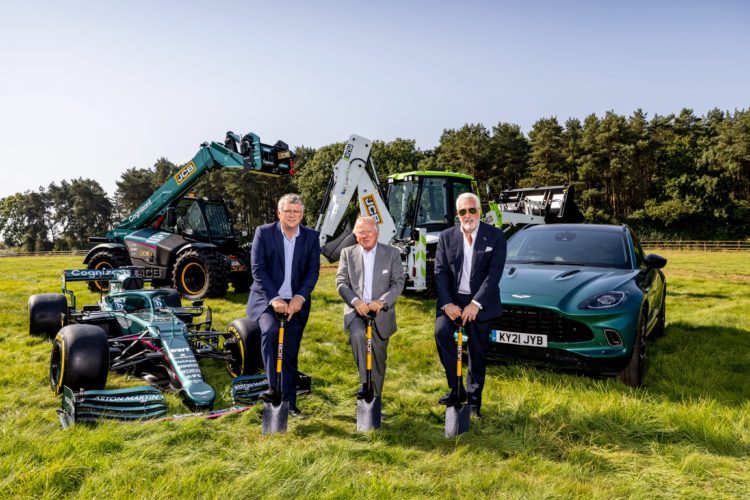 Lawrence Stroll acquired the Force India outfit mid-2018 and it was renamed Aston Martin for 2021 after spending two years under the temporary Racing Point guise.

The outfit has been based at Silverstone since its early Formula 1 days in the early 1990s and a new factory will be built on land acquired by Stroll that surrounds the existing facility.

The project has so far been delayed due to the pandemic but a formal ground-breaking ceremony took place last week.

The three-unit factory is now expected to be completed by late 2022 or early 2023.

The commissioning of an on-site wind tunnel is also due for Q3 of 2023.

“It is inspiring to look at where we are now in the context of the architectural and organisational challenges and ambitions that lie ahead,” said Stroll.

“Our new buildings reflect not only the scope of our determination to become a World Championship-winning force, but also the scale of our growth and development as an organisation.

“I feel strongly that any building is a powerful representation of the people who work within it, and I am thrilled that we are creating a new home in which people can work, collaborate, create and win together.

“It is exciting to think that the entire team will be in its new home by the end of 2022 or the start of 2023, and I would like to take this opportunity to thank all our partners who are working on the project.”