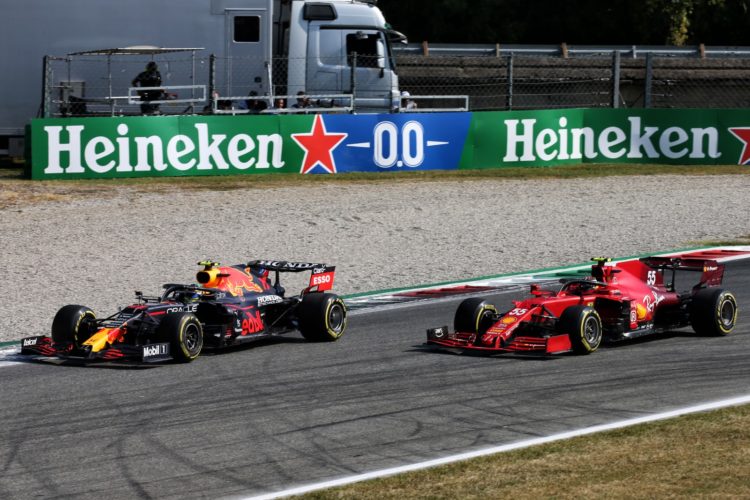 Sergio Perez says he “expected a bit more from the stewards” after receiving a time penalty at Formula 1’s Italian Grand Prix.

Perez held fourth at the restart and tried to overhaul Ferrari’s Charles Leclerc through the second chicane.

Perez tried to go around the outside of Leclerc but cut the chicane and emerged from the complex ahead of the Ferrari driver.

Perez did not give the position back and stewards deemed that he “gained a lasting advantage” by cutting the corner.

The consequent five-second time penalty demoted Perez from his on-the-road position of third to fifth.

“It was a real shame we didn’t get the podium, we got it on track but we lost it later on,” he said.

“To be honest we expected a bit more from the stewards in the sense I had nowhere to go, it was either cutting the corner or having contact with Charles.

“I know that’s the rule but as a team we thought probably they can be a bit more sensible here and have a wider view but it didn’t happen.”

“That was tough because we were expecting a call from the stewards to say ‘give it back’, the call didn’t come, then when the penalty comes up, the gap is opening.