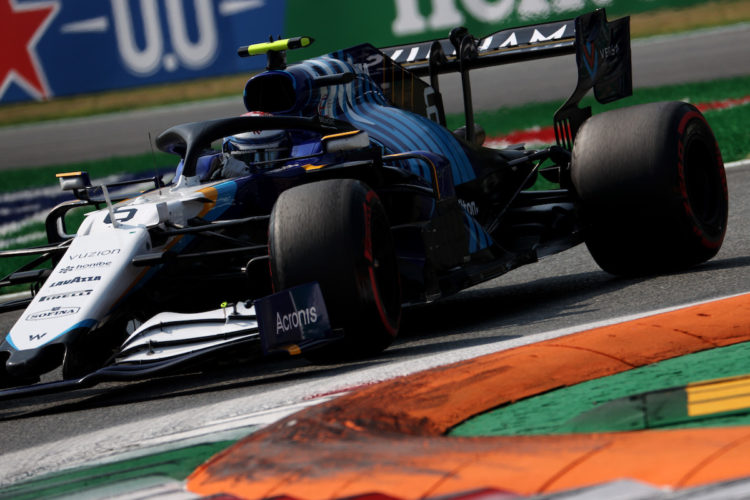 Nicholas Latifi says the timing of the safety car at the Italian Grand Prix ruined his chances of scoring points on Sunday.

The Canadian was in contention for a top 10 finish when he made his pit stop on lap 23 – however just a handful of laps later, title rivals Max Verstappen and Lewis Hamilton collided, forcing race control to bring out the safety car.

The drivers that Latifi was battling pitted under the safety car. Latifi took the restart in tenth, but was overtaken by Alpine’s Esteban Ocon and demoted to 11th at the chequered flag.

“I think we just got unlucky with the timing of the safety car and then lost out to George, lost the advantage I had built to the cars behind,” Latifi said.

“We didn’t have the quicker car, especially managing the tyres in the corner,  we made some compromises to make sure we had a fast car on the straight, which is important here.

“But we know we don’t have the best car in the corners and we compromised that quite a lot. If we were ahead, we would’ve stayed ahead.

“Seemingly it was all OK, once the race settled down. I was just struggling with the balance at the restart.

“Which is a shame, because I think if there was no safety car, we would’ve maintained where we were.

“I think we were around P10 before the safety car. Overall still a positive result for the team. We didn’t think we’d be anywhere near challenging for points at this race.

“Obviously a few retirements, but we were in a good position up until then anyway. Lots to be proud of there, just a learning race for me.”

Latifi’s team-mate George Russell was ninth on the road, ensuring a third top 10 result in the previous four races for Williams.