F1 had ‘strongest ever weekend’ for its streaming service 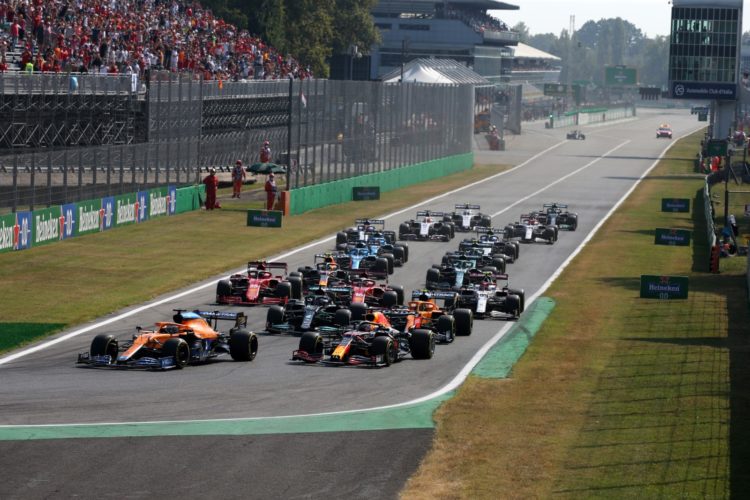 The outcome of the Italian Grand Prix shows there was “plenty of positives” with the Sprint format, according to Ross Brawn, as he pointed to Formula 1’s streaming success.

Formula 1 trialled Sprint for the second time this year though the 18-lap encounter on Saturday received mixed feedback, with little action among the front-runners after the opening lap.

F1TV was launched ahead of the 2018 season as a subscription service though it is not available in all territories owing to the various deals Formula 1 has with broadcasters.

Precise figures, or the exact metrics measured, were not referenced by Brawn nor published by Formula 1.

“There have been many comments made about the F1 Sprint after we ran it for the second time in Italy,” said Brawn.

“In my opinion, there were plenty of positives to take. It shook up the order and led to a slightly evolved grid, which in turn created a different dynamic in the race.

“It was an amazing race – and I think it shows how special Formula 1 can be. There were so many storylines throughout up and down the field.

“It’s also important that we look at F1 Sprint in the context of the whole event, which incidentally delivered the strongest ever weekend streaming numbers we’ve ever seen on our OTT platform F1TV.

“We had three days of excitement and tension. Ordinarily, you only get two days. I firmly believe the whole event was improved – and, as I said, effectively shook up the order for the Grand Prix.”

The third trial of Sprint is due to take place in Brazil, after which Formula 1’s senior figures will undertake a full evaluation, ahead of potential revisions for 2022.

“Formula 1 has been brave enough to carry out this experiment and give an opportunity to review this format,” he said.

“Let’s not forget, the format hasn’t changed in F1 for decades. I think it offers a lot – and we still have a track to try it on. Then we’ll make an objective assessment and work out a way forward.”