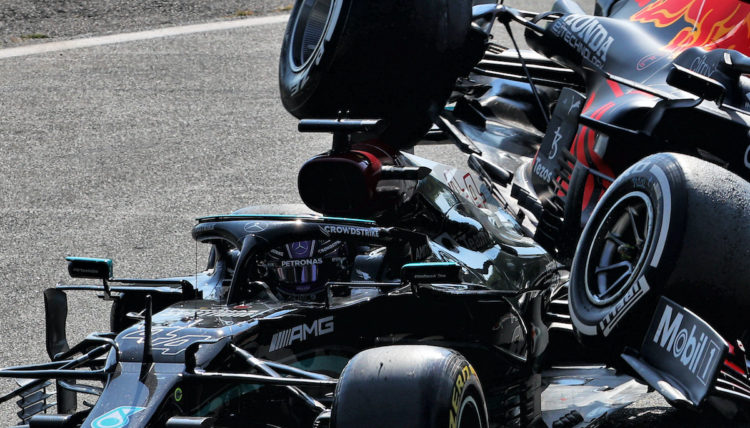 Hamilton was involved in an incident with title rival Max Verstappen on Sunday, as they raced for position at Monza.

The Halo, which has been in use in F1 since 2018, played a vital role in protecting Hamilton, according to Wolff.

“The Halo definitely saved Lewis’ life today,” Wolff said. “It would have been a horrible accident that I don’t even want to think about if we didn’t have the Halo.”

The incident between Verstappen and Hamilton marked yet another coming together between the two championship protagonists this year.

Wolff says the two need to discover a way of racing together amid a “fierce and intense” title battle.

“They need to find a way of how to race each other,” Wolff said. “Either leave room in every direction … but there will be accidents when it is not clear cut, and it’s never clear cut actually.

“They know in the car what they are doing and how they are racing and we should be watching with interest and hopefully we will not have eight accidents in the next eight races because then we will lose the championship by five points.

“I think Lewis gave a lot of space in Turn 4 on lap one and avoided a collision. Maybe I am more unsportsmanlike than Lewis because I would have ended the race there [for both drivers], at least we would have had less engine mileage.

“Both of them need to leave space for each other, race each other hard but avoid accidents.

“It was good fun until now, but we have seen Halo save Lewis’ life today and Max had this heavy impact in Silverstone and we don’t want to get to a situation where we intervene because someone gets really hurt.”