Hamilton and Verstappen out after Italian GP collision 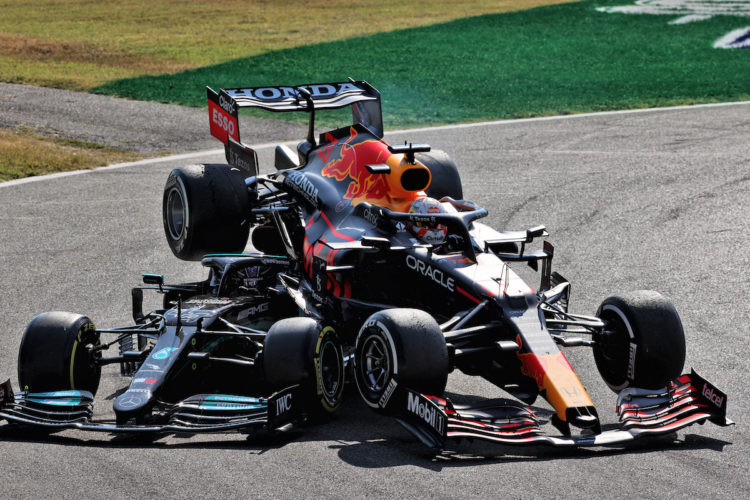 Formula 1 title rivals Lewis Hamilton and Max Verstappen have both retired from the Italian Grand Prix after colliding at Monza.

The incident came shortly after Hamilton emerged from his pit stop.

Verstappen shadowed race leader Daniel Ricciardo during the first stint but suffered a delay at his pit stop and emerged down the order.

Hamilton, who spent most of the first stint behind Lando Norris, came out of the pits narrowly ahead of Verstappen and the pair went wheel-to-wheel into the first chicane.

As they entered the second apex the pair made contact, with Verstappen bouncing over the kerb, and they made contact, and were both spat into the gravel trap.

Verstappen’s RB16B rode over the top of Hamilton’s W12 with the Briton’s halo taking the brunt of the hit.

It marked Hamilton’s first failure to finish a grand prix since the 2018 Austrian Grand Prix.

The pair had already brushed wheels on the opening lap when Hamilton challenged Verstappen for second place into the second chicane.

In that instance Hamilton went wide, dropping to fourth, with stewards deeming no investigation necessary.

The gap between the pair remains at five points.

Race stewards will investigate the collision after the conclusion of the grand prix.