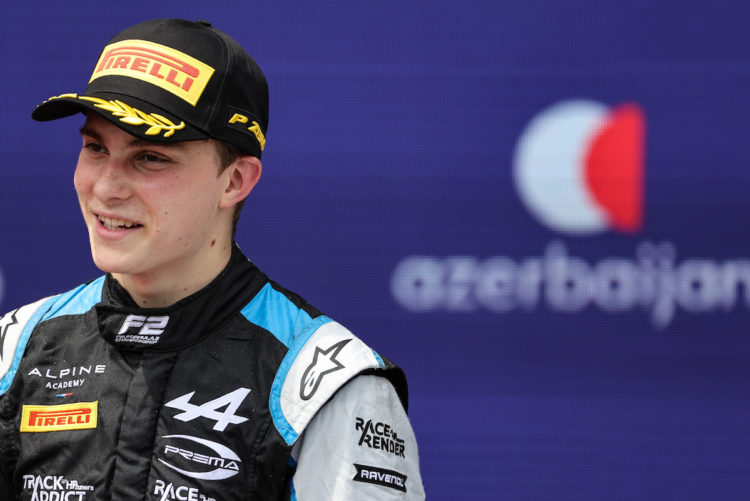 Alpine F1 junior Oscar Piastri admits his chances of obtaining a seat in Formula 1 for 2022 are “very slim”, but asserts he wants to make a statement by winning the Formula 2 championship this year.

With a seat at Alfa Romeo up for grabs, the Hinwil-based squad has confirmed that there are “five or six” drivers it is considering to place alongside Valtteri Bottas next year.

Piastri, who is currently in contention for the F2 championship, is not believed to be a front runner for the vacancy.

The Australian says he is not giving up on his hope of achieving a drive in F1 next year, but admits that seeing next year’s seats fill up has made for a “tough few weeks”.

“There’s obviously that one spot left, there’s a hell of a lot of people trying to get it,” Piastri said.

“Obviously I’m with Alpine and there’s no engine link there. It’s not the most conventional route of getting there, but I’ll be honest, the chances are very slim.

“But for my own sake, I don’t want to give up hope yet, I still want to make a statement on the track.

“It’s been a tough few weeks, watching all of those seats fill up, but there’s still that one left. Alfa have all the time in the world to decide who they want to put in.”

Piastri is currently on course for his third consecutive championship success, having won the titles in Formula Renault Eurocup and Formula 3 in 2019 and 2020 respectively.

“I think I’ve done a good job of putting myself in a pretty prime position, I’ve won two championships in a row and leading a third,” Piastri added.

“We’re still only halfway through this F2 year so a lot can still change, but all the moves in F1 are happening now or have already happened.

“It’s a bit disappointing, the way it’s played out, because I really don’t know what more I could’ve done.”