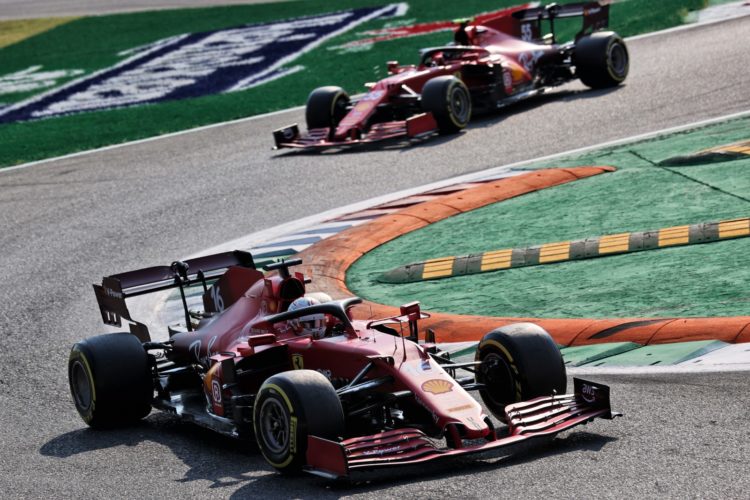 Charles Leclerc has expressed doubt that Ferrari will be able to contend for loftier positions on home turf at Monza following the outcome of Formula 1 Sprint.

Leclerc, who suffered from illness on Saturday, rose two places from his grid spot of eighth to register sixth, which will become fifth on Sunday’s grid due to Valtteri Bottas’ penalty.

Team-mate Carlos Sainz maintained seventh but will also move up one spot on Sunday’s starting grid on account of Bottas’ penalty.

“The realistic goal is to keep our positions, because to fight for more than that is going to be very, very difficult,” he said.

“We’ll focus to maximise the car and, hopefully, we get a good result.”

Leclerc withdrew prematurely from Saturday’s second practice session after feeling a “sudden” illness and quipped that he did not wish to relay in-depth details.

“Physically it’s not great today, but the most important is that I delivered 100 per cent of myself in the car and felt quite good in the car, so, all good,” he said.

Ferrari holds an 11.5-point advantage over McLaren in the battle for third in the Constructors’ Championship.

McLaren will line up ahead of both Ferraris on the grid with Daniel Ricciardo and Lando Norris poised to start second and third respectively.