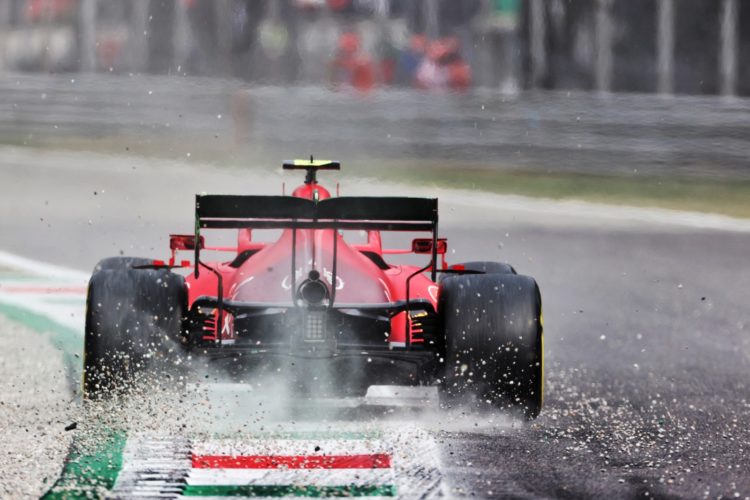 Ferrari says it has to see the positive aspects of its performance on home soil at Monza in comparison to its lacklustre 2020 display.

Ferrari, which has taken two poles this year courtesy of Leclerc, was not in the mix up front on Friday but locked out the fourth row of the grid.

Carlos Sainz classified seventh while Leclerc took eighth despite suffering from an engine braking issue throughout the session.

“This result, with both drivers on the fourth row of the, is in line with what we expected going into this weekend,” said Racing Director Laurent Mekies.

“We should not forget where we were in terms of outright performance at this track last year and, even with the limited opportunities for development this season, we have seen signs of progress.

“It’s still not enough for a team like ours, but here too we have been able to verify that we are working in the right direction.”

Leclerc, who took his most recent win at Monza in 2019, is optimistic of a stronger showing after the problem with the SF21 was remedied.

“Qualifying was really tough for me,” he said. “We had an issue throughout the sessions with the electronic management of the engine braking.

“The situation was especially tricky in Q1, but for Q3 it had slightly improved and it should be fine. All things considered, eighth is a good result.”