Albon: Russell was almost ‘too supportive’ of Williams F1 switch 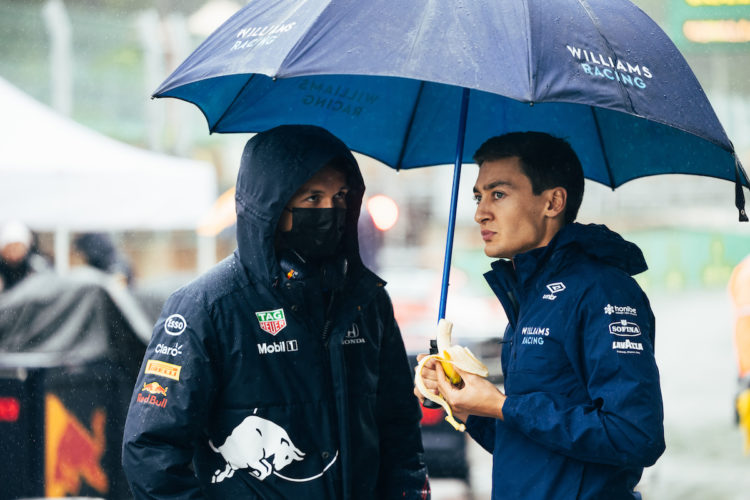 Alexander Albon says George Russell was almost “too supportive” of him as he chased down a full-time Formula 1 seat at Williams for 2022.

Albon will replace Russell at the Grove-based squad for 2022, with the latter switching to Mercedes to partner reigning world champion Lewis Hamilton.

Although he will leave his role as a development driver with Red Bull to join Williams, the energy drink-backed outfit has retained a future option on Albon.

The two-time podium finisher will join Nicholas Latifi at Williams, having also been in the running to join Alfa Romeo alongside Valtteri Bottas.

“I would say that they’re both great teams,” Albon said of Williams and Alfa Romeo.

“Looking at Williams, obviously the first thing is they look like they’re on the up, they’ve got the investment coming in but I’ve also had the chance to visit the team and everyone seems very positive and optimistic.

“They’re very keen to talk to me and to get involved in making this happen. It seemed like a great choice to get back onto the grid.”

Russell, who has spent the last three seasons with Williams, enjoys a strong friendship with Albon and was therefore in favour of seeing the Thai-British driver return to the grid next year.

“He was very supportive,” Albon said. “Obviously George is a close friend of mine, but I would almost say too supportive.

“I remember the [Williams] board guys saying ‘We can’t really take George’s opinion because he is so supportive of you’. They were very friendly about that.

“But I owe him a couple of beers. Hopefully, we can grab dinner tonight and celebrate our moves together.”