Szafnauer: Announcement to be made ‘soon’ on Vettel’s future 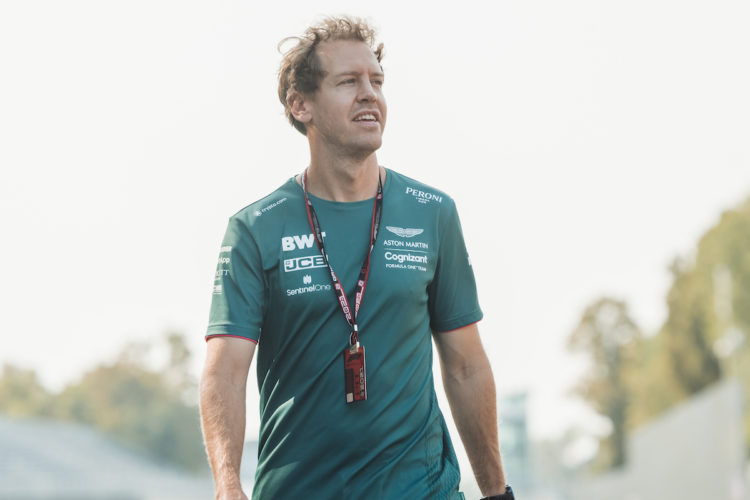 Vettel joined the Silverstone-based squad from Ferrari this year, scoring his maiden podium for the team at the Azerbaijan Grand Prix.

Recent online rumours have suggested that Vettel will retire from Formula 1 at the end of the 2021 campaign, bringing an end to his 15-year stint in the sport.

On Thursday, Vettel confirmed that he was in discussions with Aston Martin, insisting he was “not worried” about his future.

“We’re talking to each other,” Vettel said. “I really enjoy working with the team.

“I think the atmosphere is great and I do believe the future of this team is very, very bright. I am not worried. I feel like we will have an answer soon.”

While not confirming Vettel’s future beyond 2021, Szafnauer insists that Aston Martin is keen to retain the 34-year-old.

“We want Sebastian to stay, he likes the team,” Szafnauer said. “We’re in a time window now where we have to discuss and get the details right for next year. That time window isn’t massive, but soon we will know.

“Soon, we’re in a very short time frame, we’ll make an announcement. Like I said, we like Seb, Seb likes us.”

Aston Martin is the only team on the grid that has not formally announced at least one of its drivers for 2022.

However, it is broadly expected that Lance Stroll, son of team owner Lawrence Stroll, will remain at the team for a fourth consecutive year.