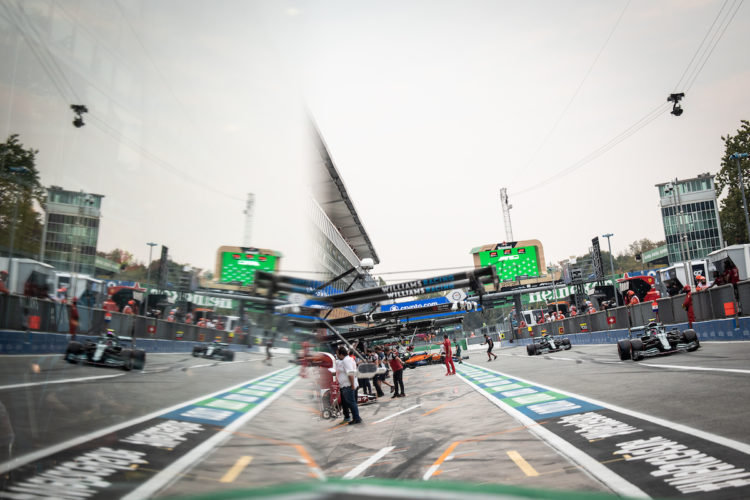 The Aston Martin and Alpine Formula 1 teams have been fined for releasing cars into the path of competitors in the pit lane during qualifying at Monza.

Both teams have been fined €5,000 for the incident that occurred during Q1 on Friday.

The stewards ruled that “several cars were released into the pit lane at the same time. The team member of Car 31 [Ocon] who was responsible for releasing Car 31 stepped back into the pit lane, close to the fast lane into the path of Car 5 [Vettel]”.

It added that Vettel was forced “to move towards the fast lane when Car 44 [Lewis Hamilton] was passing and Car 44 had to take avoiding action to avoid an incident”.

The stewards also asserted that while other team members also stepped far into the pit lane, “they did not obstruct another car and were not in a particularly dangerous situation”, deeming the case of Ocon’s car was an “unsafe act”.

In a further ruling, Haas’ Nikita Mazepin was cleared over an alleged impeding of Alfa Romeo’s Robert Kubica.

The incident occurred at Turn 6 during Q1, with the stewards finding that Mazepin drove the relevant lap in a time of 2:05.381, which is considerably slower than the 1:43.000 guide time set in the Race Director’s notes.

However, the stewards outlined that Mazepin “explained that he was stopped by the several cars ahead of him that were driving very slowly and this left him unable to drive any faster in Turn 6”.

After analysing video footage and team radio, it was determined that both Mazepin and the team “did everything reasonable to avoid affecting any other driver”.