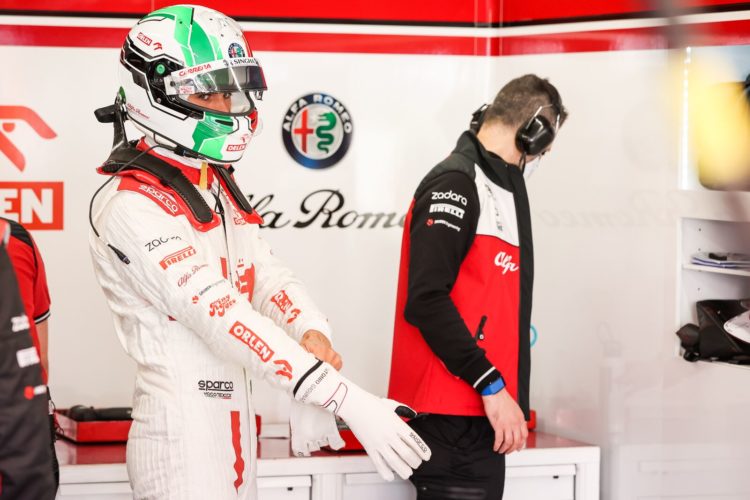 Antonio Giovinazzi says he is ignoring speculation over Alfa Romeo’s 2022 driver line-up and doesn’t want to “lose energy” by becoming distracted about his future.

Giovinazzi has represented Alfa Romeo in Formula 1 since 2019 but his future remains unclear.

Alfa Romeo has recruited Valtteri Bottas to replace the retiring Kimi Räikkönen but has yet to determine the identity of his team-mate for 2022.

After a spate of announcements this week – and with Aston Martin and Haas set to retain their pairings – Alfa Romeo’s vacancy is effectively the sole free seat still up for grabs for 2022.

“Of course I want to know as soon as possible but it’s not my decision,” he said.

“My focus is more on my performance, to do my best result in the race, in the qualifying and everything and then see what will happen.

“For sure it’s always been the same September from my side over these last three years. There was always some rumours for the next year.

“Like I say many times, it is not my decision and whatever happens will happen. My target is to be happy with myself and see what will happen.”

Giovinazzi equalled his best qualifying result with seventh at Zandvoort though his race prospects unravelled after suffering a puncture shortly after his first pit stop.

He has scored only one point in 2021, in Monaco, with Alfa Romeo having struggled for overall performance.

“I’m doing my best and therefore I’m pretty happy with my development,” he said.

“From last year and compared to two years ago as well, so I’m really happy with myself and I will continue to give 110 percent to do give the best result to the team and then we will see what will happen.”