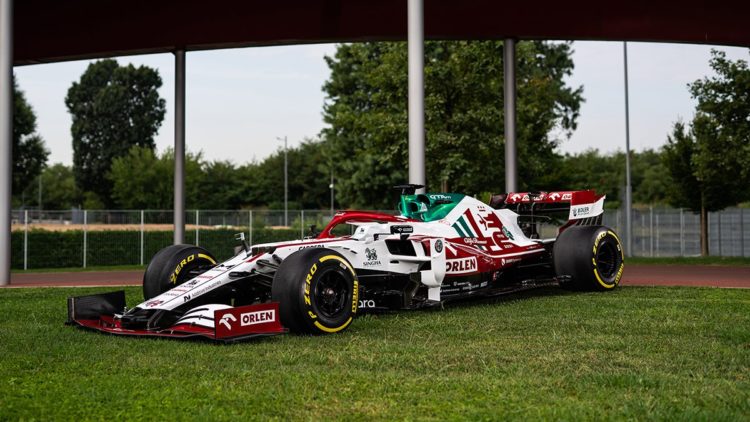 Alfa Romeo will use a tweaked livery for this weekend’s Formula 1 Italian Grand Prix at Monza.

Alfa Romeo, which holds ninth in this year’s Constructors’ Championship, will dress its C41 in a revised scheme as a nod to the company’s history.

The logo on the engine cover, celebrating Alfa Romeo’s 111-year history, has been coloured in the Italian flag.

The upper part of the engine cover has been turned ‘Quadrifoglio’ green while the overalls of Alfa Romeo’s drivers have also been tweaked accordingly.

Alfa Romeo will again field Robert Kubica alongside regular driver Antonio Giovinazzi after Kimi Räikkönen was not cleared to return to action.