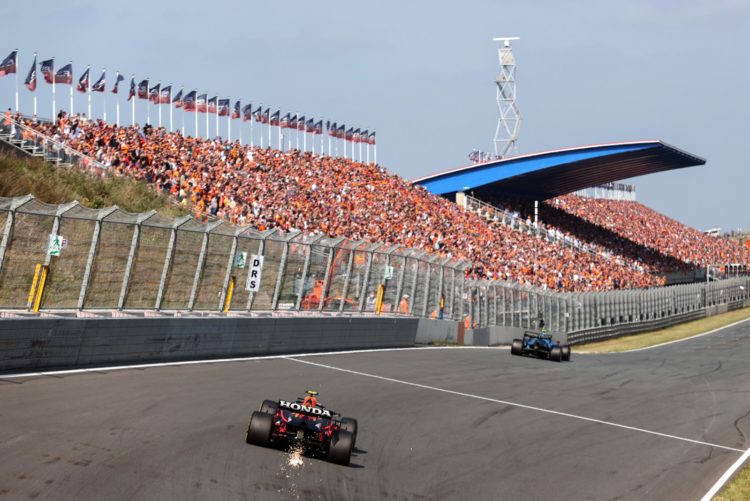 Formula 1’s Director of Motorsports Ross Brawn says Zandvoort’s banked corners could be used as a blueprint when assessing the design of other circuits.

Zandvoort returned to the calendar last weekend after a 36-year absence and reprofiled several corners in anticipation of the Dutch Grand Prix.

The most significant alterations came at Turn 3 and Turn 14, with 19-degree banking added to both corners, prompting drivers to evaluate various lines through the former.

Brawn believes its success means a similar approach could be adopted elsewhere in the future.

“When we looked at the venue in the very early days, four or five years ago, the nature of the track was challenging,” said Brawn.

“I’m sure it was former F1 Race Director Charlie Whiting who initially suggested that perhaps we could look at introducing banking.

“With the team we have at Formula 1, we started to explore those options and found that introducing steeped sections would give us a strong feature and give us a straight that with the use of DRS would increase the opportunity for overtaking into Turn 1.

“We worked on the design, increasing the banking in several corners. It adds a feature which drivers love and it’s great for fans and spectators so it’s something we are very pleased with.

“The circuit architects Dromo did a great job executing it. It was fantastic the promoters had the confidence and conviction to do it.

“I am extremely pleased with how the circuit worked out and hope it gives us confidence to continue with the philosophy and culture for circuit design which we have been evolving the last few years.”

The activation point of the pit straight’s DRS zone was placed after the exit of Turn 14 but Brawn is hopeful that it can be extended for Zandvoort’s 2022 race.

“It’s a tight track to overtake but possible – as we saw several times on Sunday,” said Brawn.

“I’m hopeful and optimistic that next year when we can extend the DRS activation zone to prior to the banking of the final corner and we have new cars, we can create a bit more opportunity to pass.”