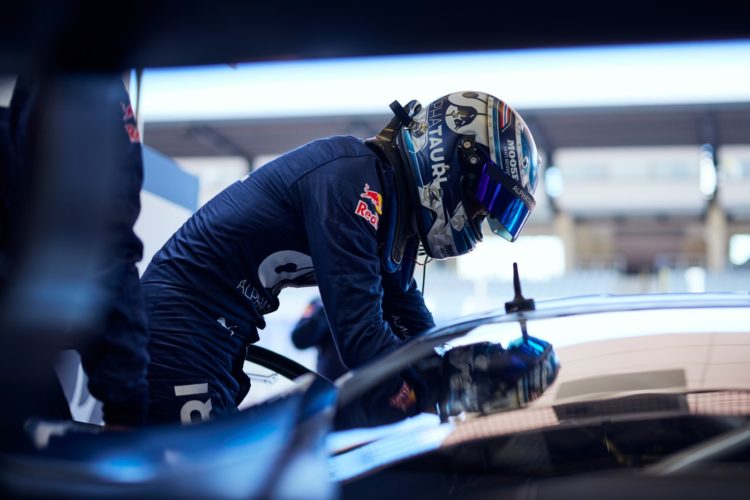 Red Bull has released Alexander Albon but says it has “future options” on his services, following confirmation of his move to Williams.

Albon has been under the Red Bull umbrella since he was signed to race for Toro Rosso in 2019.

He has spent 2021 as its Formula 1 test and reserve driver and has also competed in DTM in AlphaTauri colours.

On Wednesday it was confirmed that Albon will return to a Formula 1 race seat in 2022, with Williams, alongside incumbent Nicholas Latifi.

“We have released Alex to become a Williams Racing driver in 2022 but retain a relationship with him that includes future options,” Red Bull said in a statement.

It is not the first time that a driver involved with Red Bull has raced for an external team.

Carlos Sainz spent the latter stages of 2017 and 2018 linked to Red Bull while racing for Renault, though that partnership was ultimately severed once he switched to McLaren a year later.

“We rate Alex very highly and with our line-up for 2022 fixed, our objective was to help find him a seat in another team where he could gain more F1 mileage and experience and we are delighted to have done that with Williams Racing,” said team boss Christian Horner.

“Alex has been a hugely valuable asset in his role as our test and reserve this year, helping bring performance from the simulator to the car each weekend, but for his career it was important not to spend another season out of an F1 race seat.

“With his place on the grid next year secured, we are delighted to see him realise this opportunity and we will be following his progress closely.”

While Albon has so far been signed only for 2022 Williams CEO Jost Capito is optimistic that the 25-year-old can stay long-term with the squad.

“In general I don’t intend having drivers going in and out,” he said. “That doesn’t mean anything for the contract but in my mind it means we want to build the team and we want to build it long-term and then we see at this stage where the team is now Alex is the right driver.”