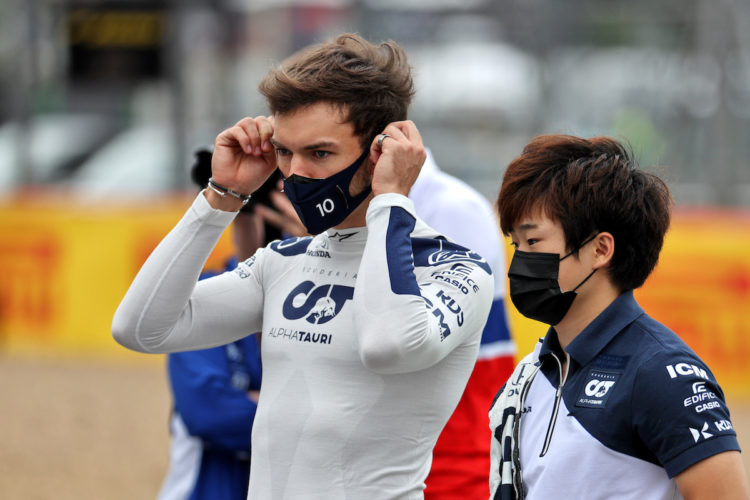 AlphaTauri has confirmed that it has retained Pierre Gasly and Yuki Tsunoda for the 2022 Formula 1 season.

Gasly made his debut for the Red Bull sister team in 2017 when it ran under the Toro Rosso name, before receiving a promotion to the front-running Red Bull squad in 2019.

However, midway through the 2019 championship, he was demoted back to Toro Rosso amid a series of poor performances.

Since his return to the sister squad, the Frenchman has produced a string of impressive performances, including a shock win at the 2020 Italian Grand Prix.

“I am very happy to be moving forward with Scuderia AlphaTauri for another season in Formula 1, especially after seeing the progress that we’ve made as a team since I first joined in 2017,” Gasly said.

“Seeing the performance we’ve shown so far this season, I think there are great things to achieve for the rest of this season and for next year, especially with the upcoming changes to the championship in 2022.

“I’m very excited to see what we can accomplish in the new era of F1 and to keep working with the team as best as I can to bring us forward in the team standings. This year has been very successful so far and I really believe we can work well together to do even better in 2022.”

Tsunoda is one of three rookies on the grid this season, having been handed a promotion to F1 after one season in Formula 2 last year.

The Japanese driver has scored five top 10 finishes so far in his maiden campaign, with his best result of sixth coming at last month’s Hungarian Grand Prix.

“I’m really excited to be staying with Scuderia AlphaTauri for a second season,” Tsunoda said.

“It’s an incredible opportunity and I’m so thankful to the team for letting me continue to grow my experience in Formula 1 with them.

“I have a very good relationship with Pierre, I have learnt a lot from him already this year and his experience has helped me to keep developing my own skills, so it’s great to be continuing my F1 journey with him.

“Having recently moved out to Faenza I am feeling very settled within the team and am looking forward to the upcoming season.”