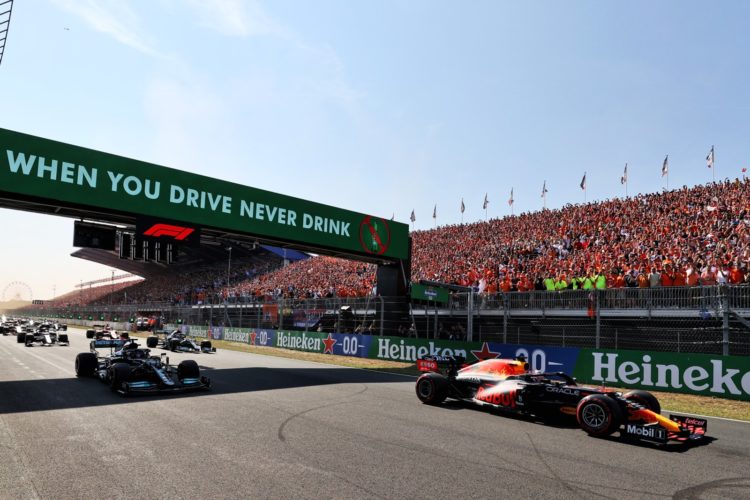 Honda, ahead of its impending exit at the end of the season, accelerated development of an upgraded power unit that was due for 2022, instead pushing ahead with its introduction in 2021.

Mercedes and Red Bull are separated by only 12 points in the Constructors’ Championship, in Mercedes’ favour, but Red Bull has taken eight wins to Mercedes’ four.

Verstappen leapt clear at the start of his home race at Zandvoort, comfortably opening a buffer, and went on to keep Hamilton at bay to claim victory.

“He was a rocket off the start,” said Hamilton. “He was gone. Literally nothing we could do to answer that.

“They’ve made a big, big step forward this year with their engine.

“You saw it last year, they weren’t the greatest with starts and I think they obviously have improved their power, just the whole power unit’s massively better this year on all aspects for them.

“Naturally [that helps] their driveability and their starts… they’re the quickest starters this year overall.

“So, we’ve got some work to do in lots of different areas.”

Hamilton added his view that Red Bull have “definitely improved their car with some sort of upgrade in the last race, which we didn’t obviously get to see the true pace of it,” pointing to the rain-hit Belgian GP weekend.

However, he expressed hope that Mercedes can strike back in Italy this weekend.

“We will be on lower downforce, and maybe we can be closer there, maybe,” he said. “But… yeah, it’s going to be tough.”