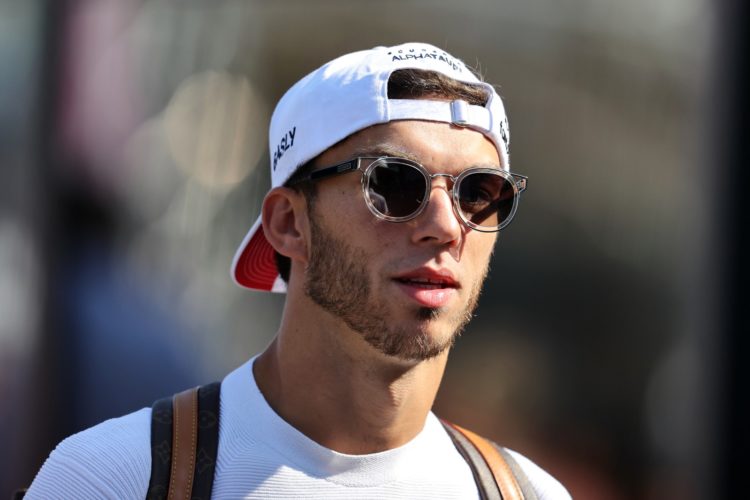 Pierre Gasly is “too good” to stay with Red Bull long-term if a second opportunity at the senior squad doesn’t arise, according to Formula 1 chief Ross Brawn.

Gasly finished fourth at Sunday’s Dutch Grand Prix, extending AlphaTauri’s points streak to 16 races, and moved into eighth in the Drivers’ Championship as a result.

Gasly drove for Red Bull for the first half of the 2019 season but has spent the rest of his Formula 1 career, since debuting in late 2017, with Toro Rosso/AlphaTauri.

Red Bull has retained Sergio Perez alongside Max Verstappen for 2022 while Gasly is set to remain with AlphaTauri.

Brawn, though, feels Gasly’s recent form in Formula 1 means he will have other suitors long-term.

“Pierre is acquiring a growing fan club in F1 and I would count myself as a member,” Brawn said in his usual post-race column.

“For him to come back from such a difficult blow after being dropped by Red Bull from their works team and return to win his first race and perform as consistently and strongly as he does with a car which won’t be as good as the works team is fantastic. It is a real credit to him that he’s stayed committed.

“Something will happen for him in the future. He won’t be able to stay in the family if an opportunity to return to the Red Bull works team isn’t coming. I think he’s too good for that.

“I think an opportunity will come at some stage. He’s doing a brilliant job.”

Gasly, Alexander Albon and current Red Bull racer Perez have all trailed Verstappen during their time as the Dutchman’s team-mate.

“We’re seeing that nobody can sit with Max at the same team,” Brawn said. “It’s a compounding effect. I saw it with Michael Schumacher and his team mates.

“The difference between two drivers in the same team can be small, but somehow it gets multiplied because of the frustration of never being able to close that gap to these truly exceptional drivers.

“You end up trying too hard or overcompensating and that pushes you back.

“We saw it with Pierre and Alex and we’re seeing it with Sergio. Max is just exceptional and coming to terms with that with a driver in the same team is challenging.”