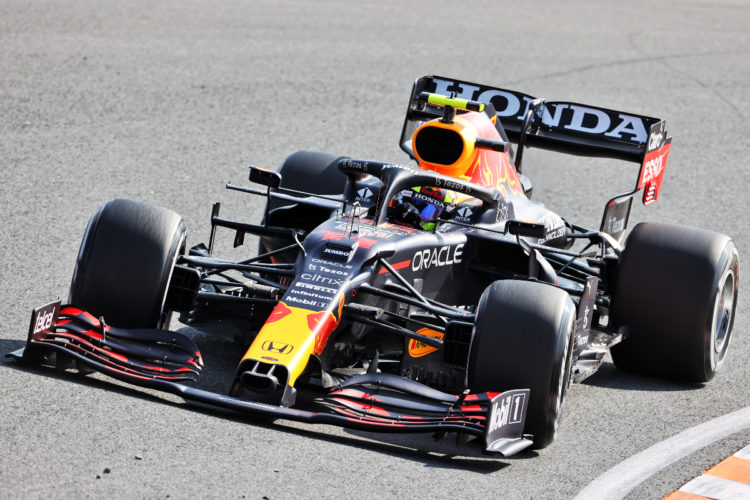 Sergio Perez and Nicholas Latifi will start Formula 1’s Dutch Grand Prix from the pit lane due to changes made to both cars under Parc Fermé conditions.

Both drivers endured a difficult qualifying session on Saturday, as Perez was eliminated in Q1 and Latifi crashed out during Q2.

Red Bull used Perez’s disappointing qualifying result as an opportunity to replace the power unit in the Mexican’s RB16B.

Under normal conditions, a power unit change would result in him being demoted to the back of the grid, but Red Bull has also opted to install a new Energy Store, one that was a different specification from the one used previously.

As a result of the change that took place during Parc Fermé, Perez will be forced to start from the pit lane.

He will be joined by Latifi, whose FW43B has been fitted with a new specification of front wing and nose assembly, therefore also mandating a pit lane start.

Latifi’s car underwent repairs as the Canadian hit the wall hard in a crash during qualifying on Saturday.

In addition to the front wing change, Williams has also fitted Latifi’s car with a new gearbox following the crash.

The changes mean Yuki Tsunoda will move up to 14th on the grid, with Sebastian Vettel 15th, Robert Kubica 16th, and Haas drivers Mick Schumacher and Nikita Mazepin now 17th and 18th.