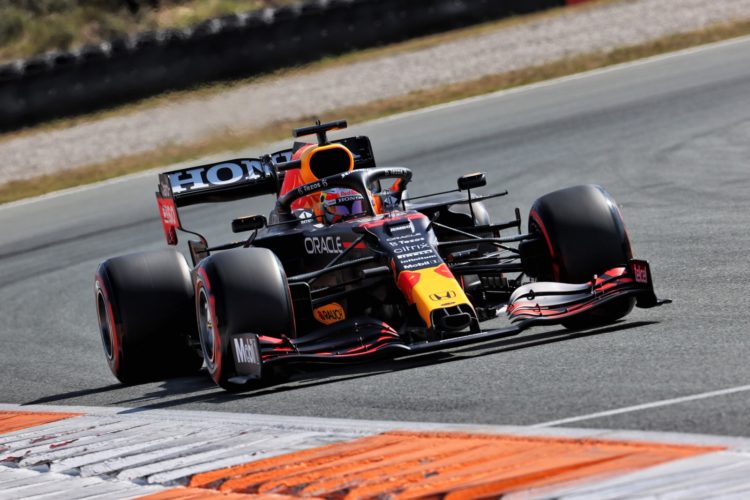 Max Verstappen has comfortably set the fastest lap in the third and final practice session ahead of Formula 1’s Dutch Grand Prix.

The home hero lapped the Zandvoort circuit in a time of 1:09:623s in his Red Bull RB16B, leading the Mercedes pair of Valtteri Bottas and Lewis Hamilton.

Bottas was second fastest, 0.556s down on Verstappen’s Red Bull with Hamilton nearly eight-tenths down on his championship rival.

Lando Norris was sixth for McLaren, ahead of the Aston Martin pair of Lance Stroll and Sebastian Vettel in seventh and eighth respectively

After leading the field 1-2 during the second free practice session on Friday, Ferrari endured a much more challenging session on Saturday.

Leclerc has a close call later on in the session when he went wide at Turn 11, locking up and having to take to the escape road to avoid further harm.

To make matters worse for Ferrari, Carlos Sainz crashed out earlier in the session.

The Spaniard lost control of his SF21 into the banked Turn 3 and hit the barriers with the rear of his car, inflicting significant damage.

Ferrari will now have to work to get Sainz’s car ready for the start of qualifying, with the gearbox currently an uncertainty due to the nature of the impact.

Robert Kubica made his return to a Formula 1 cockpit for the hour-long session as he gears up for his first race outing since 2019.

Kubica is a late insertion into Alfa Romeo’s line-up for this weekend after Kimi Raikkonen was ruled out of the Dutch Grand Prix following a positive COVID-19 test.

The Pole, Alfa Romeo’s test and reserve driver, took to the track for the first time this weekend and completed 28 laps behind the wheel of the Alfa Romeo C41.