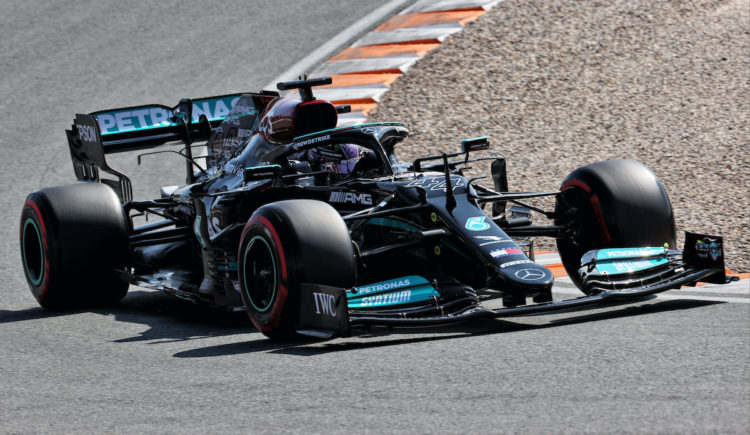 Red Bull team boss Christian Horner has denied that newly recruited power unit engineers from rival Mercedes are behind their query into the legality of the Mercedes engine.

Red Bull has requested the FIA investigate whether Mercedes are cooling their engine below what’s permitted by the technical regulations via the inlet above the driver’s head, where it’s speculated a chamber is filled with super-cooled liquid. This would keep the engine running at a lower temperature, which not only boosts its performance, but also allows the team to close off cooling inlets, cutting drag.

With Red Bull making a number of recent high-profile hirings to its new engine department, Red Bull Powertrains – many of which have joined from Mercedes – the question was asked as to whether or not Red Bull received a tip-off from one of these engineers, which Horner denied.

“You know it would be completely illegal to do anything like that, so of course not,” he told Sky F1, explaining that the matter was raised by their engine partner, Honda.

“I think within the technical group, obviously we consult with Honda, their mechanism to request the FIA [look at something] is through the team, and so we raised a couple of questions technically through the technical forums, that we are just expecting some clarifications on.

Horner added that it’s not just Red Bull who are suspicious of what Mercedes may or may not be doing.

“It’s not Red Bull that has instigated all of this, I think there are a couple of other manufacturers that have noticed some things that they are just asking for clarification on, which is totally normal.”

Asked when he expected an outcome from the FIA, Horner added: “Because it is quite an intricate system it’s probably going to take a little bit of research to look at, but it’s with the FIA, it’s beyond my comprehension of engines to explain clearly to you.”