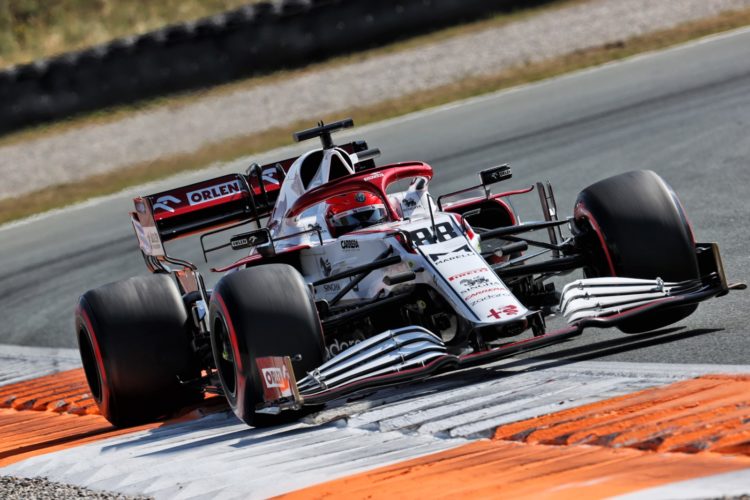 Robert Kubica had expected to spend Saturday shadowing Alfa Romeo racers Kimi Räikkönen and Antonio Giovinazzi at the Dutch Grand Prix but was instead drafted in to compete for the team.

Kubica started 97 grands prix, most recently with Williams in 2019, having spent eight seasons out of Formula 1 after sustaining arm injuries in a rally crash in early 2011.

Kubica has been Alfa Romeo’s test and reserve driver since leaving Williams and has had eight practice runs along with outings during testing.

He received a call early on Saturday morning when Räikkönen, who participated in Friday practice for the Dutch Grand Prix, returned a positive Covid-19 test.

“I was woken up this morning and didn’t know something was going on, I heard my room phone ringing but I thought it was next door, so I woke up and didn’t understand,” he said.

“I checked my cell phone and saw missed calls from Fred [Vasseur] and at first I thought I was positive because I have arrived late here and have been in Warsaw until Thursday afternoon with our partner Orlen and then I opened up [the results] and saw I ‘m negative.

“At the same time I was calling Fred. Of course once you receive a call early in the morning you know something is going on and probably the team will need me.

“Then I waited until 9am so we could get into the paddock to start working and it went from a normal, quite boring Saturday for me and it became quite a hectic and challenging Saturday overall.”

Kubica avoided trouble during the final practice session as he got up to speed in the C41 at Zandvoort and went on to qualify in 18th place.

While nowhere near the eight-year absence he endured through the 2010s, Saturday’s qualifying session marked his first competitive Formula 1 action since December 2019.

“To be honest the approach was quite safe,” he said. “Last year I was jumping in and I really had a lot of confidence in the car.

“Although I had no knowhow about the car, I was able to be sometimes surprisingly fast within a couple of laps.

“The last time I did qualifying was last year, the last race of DTM, so I have not even been in qualifying once this year.

“The last run was a real shame because I really felt like I could improve a lot and was looking forward, but I had a lot of traffic on the out lap at a very slow pace.

“Then I arrived at the last corner to open the lap, I locked the fronts and then had snap oversteer on exit. Then I said ‘OK now I don’t know what will happen at the first corner’.

“So I took it safe, in fact the grip was not there but of course if you try to force the car you switch on the tyres faster. If you stay on the defensive it takes four or five corners.

“It’s always running behind the schedule to be honest and those things you can’t gain or learn from the book, or you cannot find them at the supermarket otherwise this morning I would have bought quite a lot of knowledge. Nut that’s part of the game.

“I think all in all, wind, track, the conditions we have been in and the safe approach, it has been a smooth Saturday which in my position is probably the most important thing.”