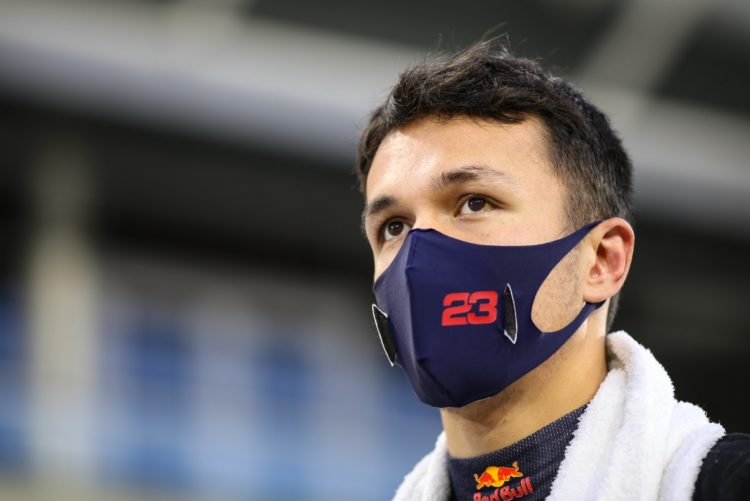 Horner revealed on Friday during the Dutch Grand Prix that Albon has received interest from both Williams and Alfa Romeo as a potential candidate for 2022.

Williams are likely to have a vacant seat with George Russell’s move to Mercedes seemingly all but confirmed, whilst Alfa Romeo are looking to hire Valtteri Bottas to replace Kimi Raikkonen, but could opt to also replace Antonio Giovinazzi.

Mercedes are keen to see the vacant Williams seat go to their junior and Formula E world champion Nyck de Vries and according to Horner, have actively engaged in dissuading Albon from approaching Williams.

“We are working really hard to get him [Albon] a seat, I really hope that Mercedes don’t block his opportunity at Williams because of his links to Red Bull. That would be a great shame if a driver were to pay the penalty for that. But hopefully that won’t come to play,” Horner told Sky F1.

“Alfa [Romeo] and Williams are the two that are showing a lot of interest, I think his preference would be Williams.

“But obviously there are a few hurdles. He’s had about four phone calls telling him not to go there from the team next door,” Horner added, referring to Mercedes.

“I told him to ignore them. But there are opportunities in a couple of teams, and our priority is to see him racing next year. If we can’t do that, then he’ll still be with us in a test and reserve role because we rate him extremely highly.”

Asked why a seat at AlphaTauri isn’t an option if they still rate him as a driver, Horner added: “That is something that you probably have to speak to Franz [Tost] about.

“Obviously from a Red Bull Racing perspective our line-up is fixed for next year, but our objective would be to see him race in another team, rather than spend another year on the bench.

“So he has got a couple of opportunities to do that outside of Red Bull, and hopefully he will get that chance.”