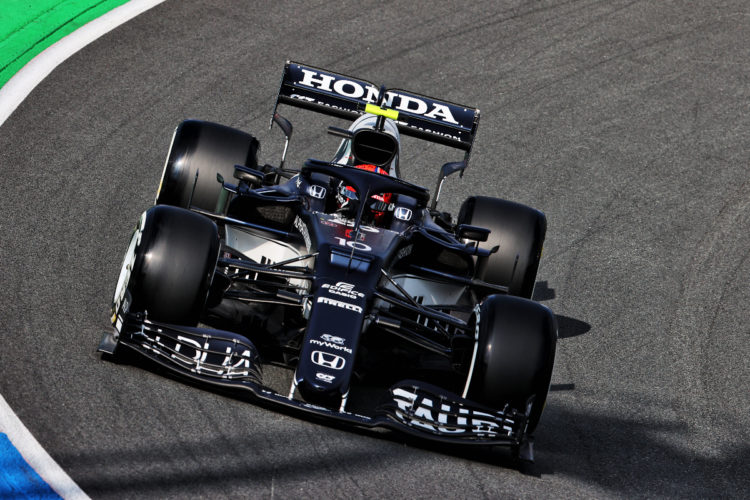 Formula 1 drivers have heaped praise on the Zandvoort circuit at the end of the opening day of running for the return of the Dutch Grand Prix.

Formula 1 has returned to the coastal venue for the first time since 1985, though this weekend’s event takes place on a track that has since been heavily renovated, with steep banking added to Turn 3 and Turn 14.

Several drivers raced at Zandvoort during their junior days, most prominently in Formula 3.

“Oh man, that track is epic,” said Lewis Hamilton. “It’s really fantastic. It brought so many memories when I first got out there when I was driving here because I knew it was great when I was in Formula 3 but it’s crazy in a Formula One car. The speed we’re going through Turn 7, it’s a real racing circuit.”

The Briton was backed up by his team-mate Valtteri Bottas, who echoed Hamilton’s positive comments.

“I hope it’s good fun to watch, because it’s definitively good fun in the car,” said Bottas. “Tomorrow will be fun in qualifying and even today I really enjoyed it.

“There’s banked corners and also many different corner sections here, especially the speed through the Sector 2 corners, so I enjoyed it.”

Hamilton and Bottas are a few of the drivers that have previously seen action on the Dutch circuit prior to its renovation. Sebastian Vettel is another one of those drivers, having taken part in the Masters of Formula 3 event on multiple occasions.

“They didn’t change too much of the track, which is good news,” said Vettel. “The bits they changed, I think they changed for the better, it’s very exciting with the banking. Not quite clear which line to take yet, but we’ll have a bit more time tomorrow.”

Vettel was especially positive with regards to the addition of the two banked corners to the track’s layout.

“We should have more of that, cambered corners, positive and not off-camber. Off-camber they do for water drainage but very boring because you lose grip and that [the banked corners] I think looks exciting and feels exciting in the car as well.”

Vettel’s enthusiasm about the banked corners were shared by AlphaTauri driver Pierre Gasly.

“On TV, all the bankings are always smaller, and when you get in the car it is always more impressive,” Gasly said. “Especially turn three is pretty insane. It’s like sliding into a toboggan or a similar feeling, but with an F1 car at such speed it’s quite unique.”

“Driving-wise it’s unbelievable, I’m really enjoying it but I will enjoy it even more if we are a couple of tenths faster so we’ll try and find that tomorrow.”

“It’s pretty awesome out there,” said the Mexican. “It’s an old school circuit, you really need that confidence going into the sessions to be able to trust the car, [knowing] what the car is doing every single time out there.

“It’s been pretty challenging, also the long run, physically as well, it’s on the hard side because you have so many right hand corners consecutively.”

“It’s a pretty unique challenge, very different to the tracks we have been to. Tomorrow is so important that I just hope we are able to get the best out of it.”