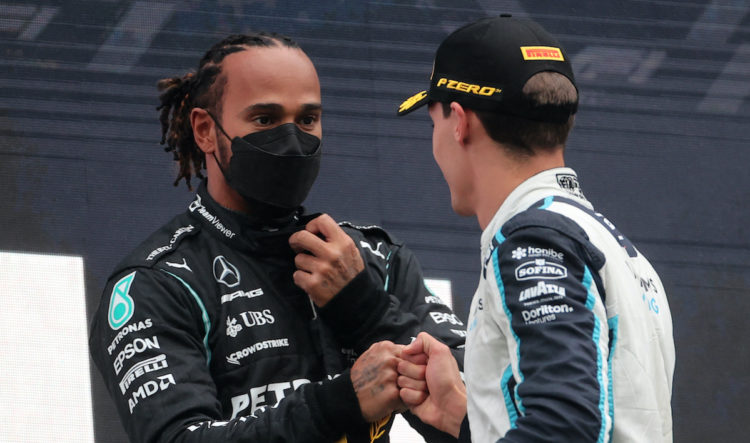 Former Mercedes Formula 1 driver Nico Rosberg is predicting a “more heated” atmosphere at his former team if they opt to sign George Russell to partner Lewis Hamilton next year.

Russell is currently the favourite candidate for the seat given his recent performances at Williams and his status as a Mercedes junior, but Rosberg believes both he and Valtteri Bottas deserve the seat, despite the Finn’s recent struggles.

“Whether it’s Valtteri or George, both of them deserve that seat,” Rosberg told Autosport.

“Valtteri has been really doing a good job in that Mercedes car. Of course things haven’t gone his way this year, but in general, he’s done the job that Mercedes requires.”

Rosberg conceded that Russell would be the more exciting option, but believes it could lead to a more heated atmosphere within the team as the talented 23-year-old is more likely to push Hamilton, leading to some difficult situations which Rosberg knows all too well.

“Valtteri would be the easier decision, because you know what you have. George is maybe the little bit more exciting decision,” he added.

“If they do take George, then the battle internally at Mercedes would be different, and potentially more heated. It’s impossible to predict how he would act in such a situation.

“It’s an extreme, it’s completely extremes, suddenly you’re in a race winning car every weekend, you’re fighting against the best of all-time, who has been there for like the last eight years.

“It’s an extreme situation. So it really depends from one driver to the other who you would deal with that as a team-mate.”

Rosberg and Hamilton enjoyed many weekends where they were evenly matched and tempers flared on several occasions, which eventually led to Rosberg quitting the sport once he had achieved his title success in 2016, citing the intense physical and mental requirement to fight Hamilton week in, week out.