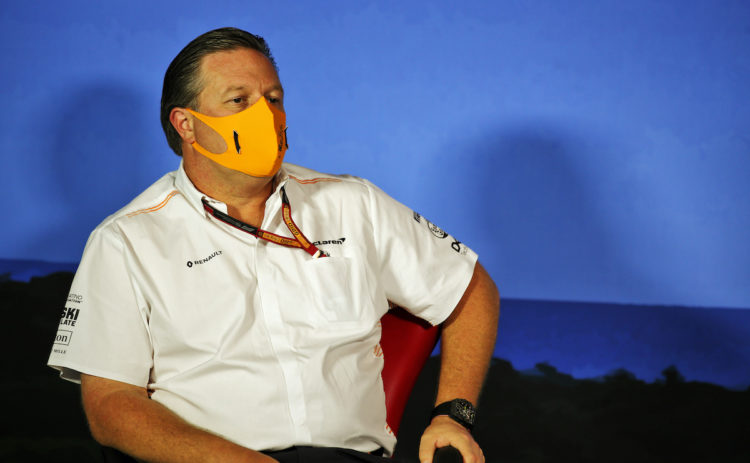 McLaren Formula 1 chief Zak Brown would like to see F1 relax its COVID rules to allow for greater freedoms in the paddock.

Whilst these rules have been loosened a little this year, many of them remain in place and Brown is concerned that important corporate partnerships are suffering, which could eventually lead to a reduction in sponsorship income at a time when finances are already strained.

Brown would like to see that addressed immediately, despite F1 recording its highest number of positive cases during a race weekend, with 15 positive cases between August 23 to 29.

“It was a topic this weekend and [F1 CEO] Stefano [Domenicali] and the FIA acknowledge this and suggested they are going to come back and make some further changes,” Brown told Reuters.

“I think the sport is going to react. Now that it’s been tabled and discussed and all the teams agree that we need to start loosening it up, I’d like to think maybe we could get something done for Monza.

“We all think this is going to be here for a long time now,” added Brown. “So everyone’s starting to learn how to deal with it and live with it responsibly and I think that’s what we need to do.

“We still pretty much have almost the same protocols as when this was going on a year ago. It’s started to loosen up but I think we need to make sure we’re taking care of our corporate partners.

Brown himself was forced to miss McLaren’s home race, the British Grand Prix, after he tested positive.