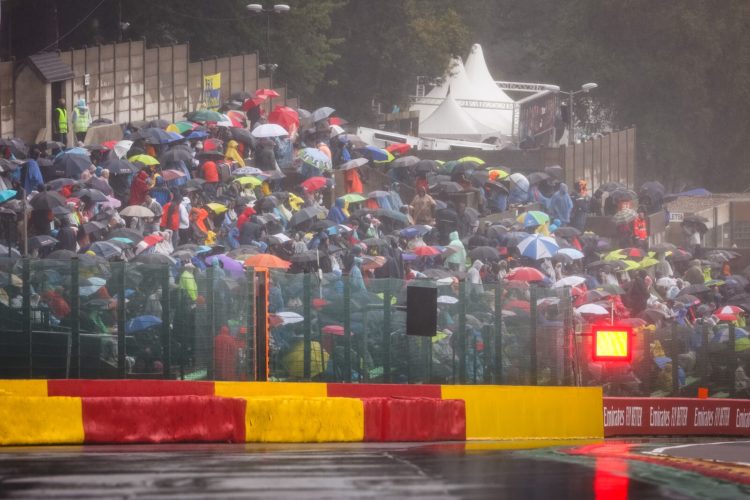 Heavy rain fell through Sunday afternoon at Spa-Francorchamps while the situation was exacerbated by limited visibility.

Formula 1 ran two formation laps, before delaying the start by over three hours, after which only three laps were able to be completed behind the Safety Car.

It meant the race was the shortest in Formula 1 history and the first which was run without any green flag mileage.

While fans who attended on Sunday were able to watch the Formula 3 and Porsche Supercup support races, in terms of Formula 1 action they only reconnaissance laps and five slow laps.

It has now confirmed that it is in discussion with promoter Spa Grand Prix over a course of action.

“Following the impact of the weather on the Belgium Grand Prix on Sunday 29th August, Formula 1 and the promoter are working through various options for ticket holders, to express our recognition and thanks to them for their dedication and commitment,” read a statement issued on Wednesday.

“We will provide further details as soon as possible as we want to thank the fans for their continued support and passion for Formula 1.”