F1 has raced in worse conditions without cancelling – Ecclestone 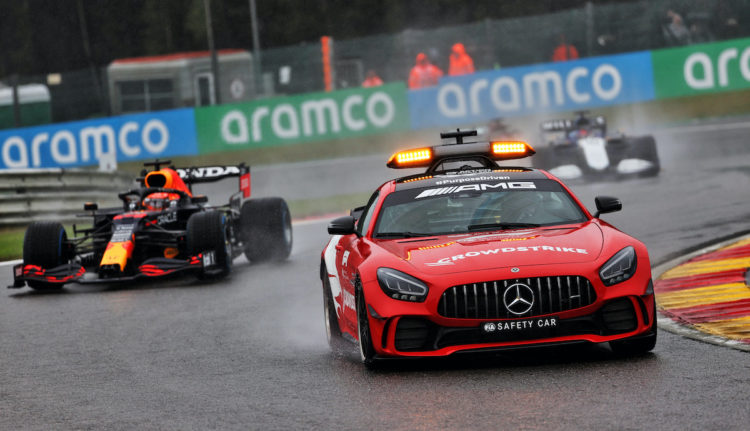 Formula 1 has raced in worse conditions than those experienced during the 2021 Belgian Grand Prix without the need to cancel the race, according to former boss Bernie Ecclestone.

F1 abandoned the race last weekend after persistent rain made visibility almost zero. Two formation laps were completed behind the Safety Car before the race start was abandoned. In the hope the conditions would improve, the FIA paused the race countdown and attempted to get going again more than three hours after the original start time.

A further two laps were completed behind the Safety Car before the race was red flagged and the result called and half points awarded.

Ecclestone says F1 has raced in worse conditions and he believes the FIA should have gone ahead with the start and put the onus on the drivers as to whether or not they want to race.

“I would have said at 3pm when the race was due to start, let’s try again at 4pm or 4.30pm,” he explained to the Daily Mail. “But regardless of what’s happening it will start then.

“If you want to race fine; if not, fine. Nobody would put a pistol to anyone’s head. It’s up to them.

“If I was at the back of the grid, I might decide it’s not worth the risk because it’s bloody dangerous out there. If I wanted to score points for the team and for myself, I might think I wanted to go ahead. People make their own minds up.

“We have raced in worse conditions than that and not called off the race.”

Ecclestone was also asked for his opinion on Lewis Hamilton’s post race comments, in which the Mercedes driver criticised the decision to run two laps behind the Safety Car to satisfy contractual obligations and called on F1 to refund fans.

“I agree with Lewis,” added Ecclestone. “I don’t always but on this he was right.”