Todt ‘very sorry’ for fans, confirms regulations to be reviewed 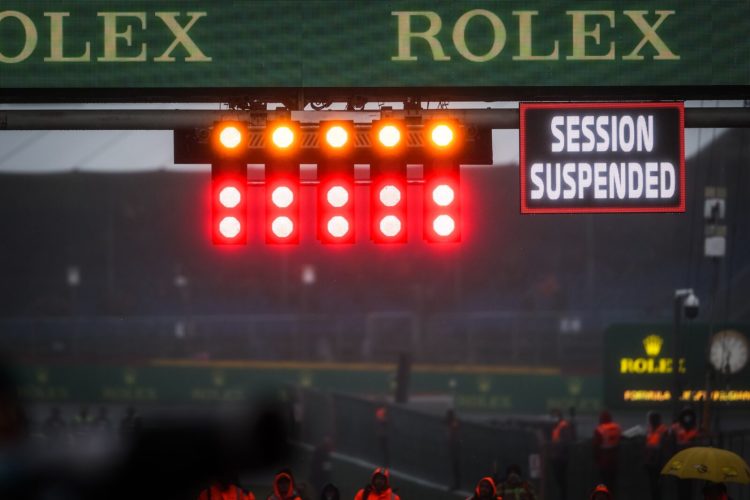 Persistent heavy rain fell through Sunday afternoon at Spa-Francorchamps with the situation accentuated by misty conditions that limited visibility.

Formula 1 delayed the start of the grand prix by over three hours but were able to run just three laps behind the Safety Car before declaring the result.

Under current regulations it was sufficient for half points to be awarded to the top 10 despite the truncated nature of the race.

While drivers agreed with the decision not to continue with the race there was widespread criticism that half points were distributed.

“The weather windows predicted by the forecasters did not appear throughout the day, and while a small window did appear late in the day during which there was an attempt to start the race, conditions quickly worsened again.

“Therefore, due to the lack of visibility created by the spray behind the cars, we could not run the full race in sufficiently safe conditions for the drivers, marshals as well as the brave spectators who waited for many hours in the rain, for whom I am very sorry.

“The FIA, together with Formula 1 and the teams, will carefully review the regulations to see what can be learned and improved for the future.

“The findings, including the topic of points allocation, will be added to the agenda of the next F1 Commission meeting on October 5.”

It marked the first time in history that a grand prix took place with no laps run under green flag conditions.

The previous shortest race, held in Australia in 1991, ran for 14 of 81 scheduled laps for a duration of 24 minutes.