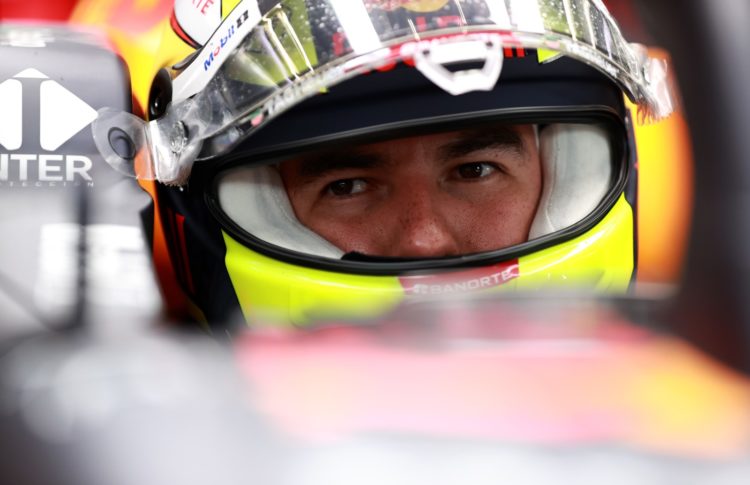 SPA, BELGIUM - AUGUST 28: Sergio Perez of Mexico and Red Bull Racing looks on in the garage during final practice ahead of the F1 Grand Prix of Belgium at Circuit de Spa-Francorchamps on August 28, 2021 in Spa, Belgium. (Photo by Mark Thompson/Getty Images) // Getty Images / Red Bull Content Pool // SI202108280168 // Usage for editorial use only //

Perez joined Red Bull for 2021 after a lengthy stint at Force India/Racing Point and added a second career victory in Azerbaijan in June.

Red Bull confirmed on Friday, ahead of the Belgian Grand Prix, that Perez will continue to race for the team in 2022.

Perez nonetheless revealed that his future had been settled long before Formula 1 reconvened at Spa-Francorchamps.

“Well I went into the summer knowing what I was going to do,” he said.

“We went on holiday, so it took us longer, and I signed on Friday once everyone was back.

“But we committed a long time ago, it was a couple of races ago that Helmut [Marko] and Christian [Horner] told me they were very happy to keep me and that I shouldn’t be looking anywhere else and they wanted to continue, and vice versa.

“It was clear on both sides we wanted to continue.”

Perez holds fifth in the standings but sees the new-for-2022 regulations as a chance to emerge as a title contender.

“It’s a massive opportunity, next year everyone starts from zero and there’s no secret I’ve been struggling at time to get the maximum [from the car],” he said.

“But now I can also think of the bigger picture and test some things that can influence next year’s car so it’s definitely a bigger opportunity.”