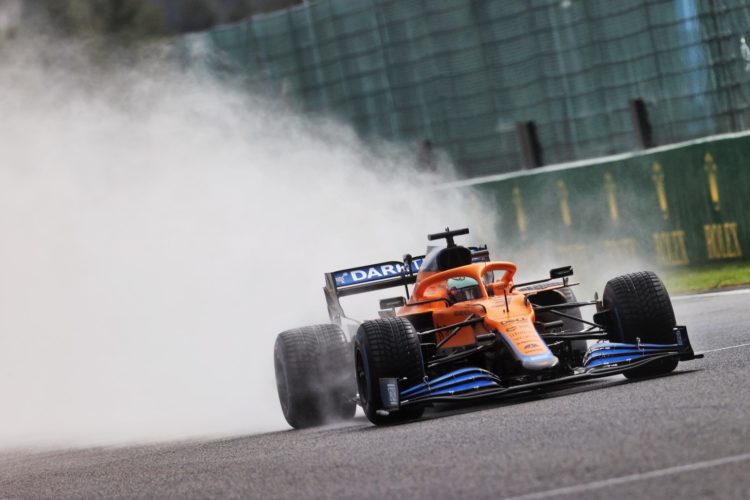 Formula 1’s Belgian Grand Prix was plagued by wet weather, with Saturday’s qualifying session interrupted, while Sunday’s race was heavily delayed before being called after three laps behind the Safety Car.

Track activity was able to take place prior to Formula 1, with Formula 3’s Race 3 and the Porsche Supercup running across late morning and early afternoon, before conditions worsened.

“If we could predict weather like this I would look at bringing the race start earlier,” said Ricciardo.

“It is like Japan in 2014 when we knew the typhoon was coming. [Sunday] was maybe less obvious.

“The problem with the 3 o’clock race start is that you only give yourself three or four hours of light and then it’s done.

“If you have an 11 AM start you have a much bigger window to get some opportunities. That is not a criticism. It is just that after the fact if I could’ve wished for something that is what I would have wished for.

“The only time the track was okay was the laps to the grid. So it’s like 2:30. The track was okay then. But after that we lost the window. In those conditions for sure we could’ve made something, but from 3 o’clock it was too late.”

Ricciardo backed the call not to cancel the race for several hours.

“On the radar, asking the engineers and strategy people watching the radar, they were saying maybe in 10 minutes we would get a dry patch,” he said of the decision to start the race.

“All we needed was maybe a 10-minute dry patch to create less aquaplaning. You get your hopes up and get excited and then the rain would come.

“I’m not being kind or diplomatic but I don’t think anything bad was done, or anything wrong. It was just working with what was in front of us and we are just a bit unlucky.”