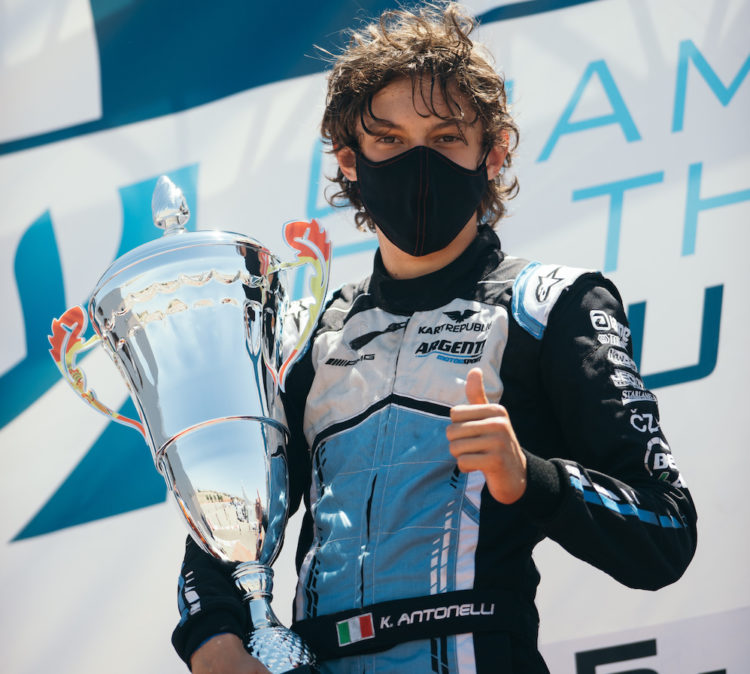 Antonelli has enjoyed success in karting, with his list of achievements headlined by titles in the WSK Champions Cup and the ROK Cup in the Mini class, the WSK Open Cup, Euro Series, Final Cup and Super Master Series in OKJ, the WSK Euro Series and FIA European Championship in OK.

Antonelli joined the Mercedes junior driver programme in 2019, and now makes the next step in his racing career to single-seaters.

The Bologna-born driver will debut in the Italian F4 series just days after turning 15 years old.

“I am really happy to announce that I will join Prema in these last 3 races of the Italian F4 Championship,” Antonelli said.

“This is an exciting new challenge for me and I can’t wait to start. A big thanks to Prema and Mercedes for giving me this amazing opportunity.”

The next round of the Italian F4 championship will take place on September 11 – 12 at the Red Bull Ring in Austria.

“Antonelli is one of the most outstanding prospects in karting competition,” said Prema team principal Angelo Rosin.

“He has impressed since a very early age and achieved remarkable success there. It will be very interesting for us to see him adapt to a new form of motor racing.

“Moving up to single-seaters is never an easy task as it’s a comprehensively new experience, so we are going to assist him in the transition. We are equally looking forward to his competitive F4 debut.”