Belgian GP on record as the shortest ever F1 race 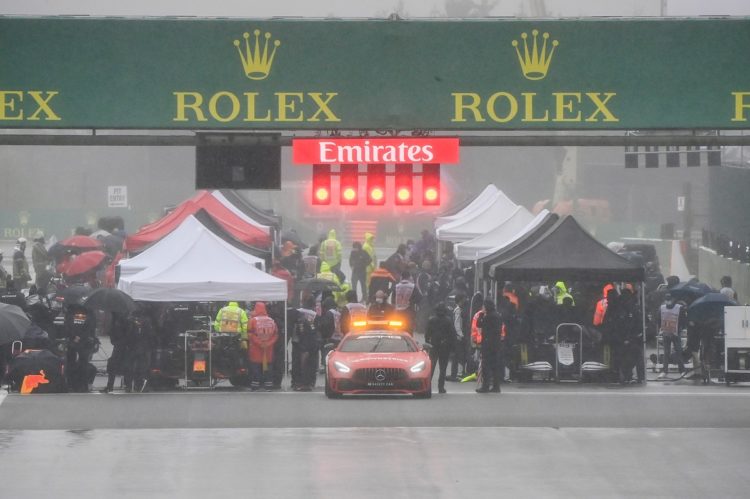 Formula 1’s 2021 Belgian Grand Prix on Sunday has gone on record as the shortest ever race in the sport’s 71-year history.

The final classification was taken at the end of the first official race lap, which was completed behind the safety car in treacherous wet conditions, meaning Max Verstappen’s race-winning time was 3m 27.071s.

Drivers completed three laps behind the safety car, however as the race was red-flagged due to the conditions, the final result was taken from the order two laps prior to their deployment.

The result marked Verstappen’s sixth victory of the 2021 campaign and allowed him to narrow the gap to championship leader Lewis Hamilton.

“I think from 3 o’clock onwards it just got worse and worse and when you already start that late in the day there is not much room to move around, even though we still waited for like three hours,” race-winner Verstappen said of the situation.

“Unfortunately it didn’t improve. Of course when you are the leading car the visibility is naturally a bit better, so it’s difficult on my side to judge how the others felt.

“I think at 3:30 PM I said it was OK to race from my side but of course the visibility behind was very bad and I think with the recent events, you don’t want to risk a big shunt to happen or even you know the risk of it. It just didn’t feel right.”

As 75% of the race distance was not completed, drivers that finished inside the top ten were awarded half points.

Only five races in F1 history have run for less than an hour, with Sunday’s grand prix smashing the previous shortest race record.

In 1991, the Australian Grand Prix was stopped amid torrential rain with McLaren’s Ayrton Senna being declared the winner after a race length of 24m 34.899s.

Spain 1975, Malaysia 2009 and Austria 1975 also ran under an hour, however all three races managed to complete over 40 minutes of on-track action.