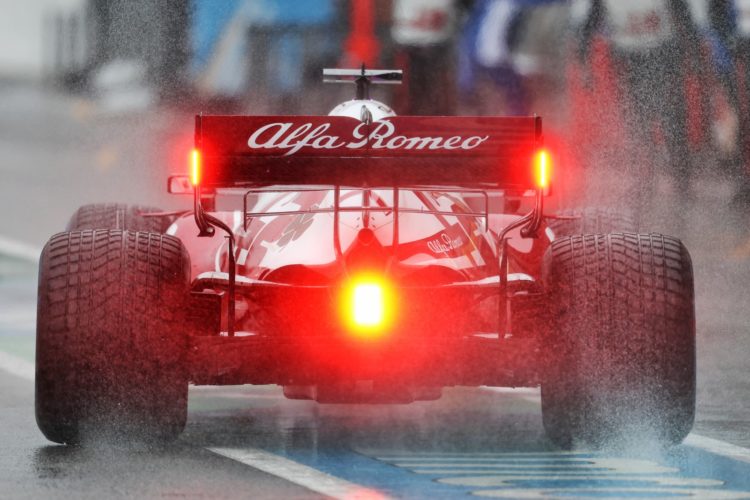 The Circuit de Spa-Francorchamps was lashed by heavy rain throughout Sunday afternoon while the situation was accentuated by the foggy conditions.

Formula 1 started the race behind the Safety Car after a delay of over three hours but brought out the red flag halfway around the third lap.

That was sufficient to satisfy the regulations and issue a result, as well as half points for those that classified within the top 10.

That gave Williams 10 points, doubling its overall 2021 tally, and putting it 17 points clear of Alfa Romeo in the scrap for eighth in the Constructors’ Championship – a gap that will be difficult for the team to overcome, potentially costing it millions in prize money.

“The decision not to race in these conditions was the right one, in the interest of protecting the safety of the drivers, the marshals and the spectators themselves,” Alfa Romeo said in a statement issued on Monday.

“However the situation would have been dealt with a lot more appropriately by not having at all the “race” we witnessed yesterday: this outcome hurts us all, but in particular it hurst the fans of the sport, who didn’t get the show they came to see.

“We hope lessons were learnt yesterday, lessons that will improve the way we operate in the future and that put the supporters of our sport in the position they deserve to be.”