Verstappen: Not how you want to win a grand prix 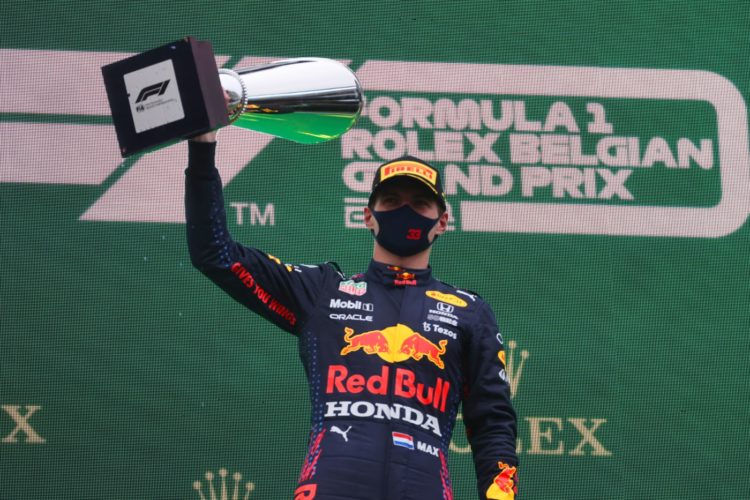 Max Verstappen accepted his Belgian Grand Prix victory was “not how you want to win a race” after wet weather wrecked Sunday’s action.

Relentless rain fell throughout Sunday afternoon at Spa-Francorchamps and only three laps were run behind the Safety Car after a three-hour delay.

Verstappen was declared the victor, his sixth win of the season, having led the three laps from pole position.

“Yeah it was very important to get that pole position, but of course, it’s a big shame to not do proper laps but the conditions are very tricky out there,” he said.

“I said at 3:30, like let’s go [and race]. I think the conditions were decent but the visibility was very low.

“I think if we would have started at 3 o’clock then we’d have had a better chance.

“Nevertheless, after that it stayed really wet and it kept raining.

“It’s a win but it’s not how you want to win. I think for today, a big credit goes to all the fans around the track to stay here the whole day in rain, in the cold, windy conditions so I think they are actually the bigger winners today.”

It means Verstappen provisionally heads to his home event in the Netherlands trailing Lewis Hamilton by only three points.

“We have to keep on pushing, keep on trying to close it and go ahead,” he said. “We have a few more races to do that and I am confident we have a good car. We just need to try and get a bit more performance out of it.”