Norris says zero points should have been handed out 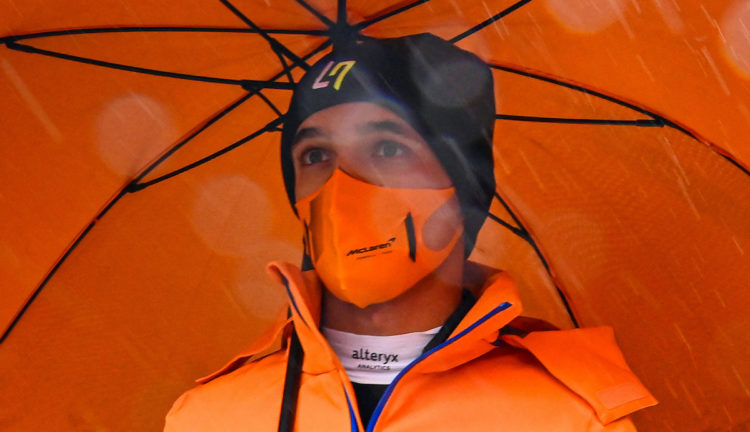 The race ran for just two laps – both of which were completed behind the Safety Car – before it was red flagged and abandoned due to bad weather, meaning half points were awarded as per the rules.

But Norris, who finished 14th and therefore didn’t score anything, believes zero points should have been handed out.

“I don’t think any points should be awarded for today,” he said. “I think for how little we did today, X amount of racing laps, we go out and we race for X amount of the race, but to drive around behind the safety car and then for people to get points…”

Whilst he says he may feel differently had he scored points, he doesn’t believe two laps of no racing action falls under the definition of a race.

“Maybe I’d be saying the opposite if I was first and I’d got a good amount of points, I don’t know,” he added.

“I don’t feel like – even though it’s benefitted us today as Daniel got a good amount of points comparing to Ferrari – I don’t feel it’s deserved race for points because it’s not a race at the end of the day.”

F1 can award half points if a minimum of two are completed. 75 per cent race distance must be completed for full points to be awarded.

Lewis Hamilton, who scored 7.5 points for finishing third, called the race a “farce” and believes Formula 1 only completed two laps to fulfil contractual obligations and has called on spectators to be refunded.

Sebastian Vettel meanwhile called it a “joke” to award points for a two-lap race.

“It’s a bit of a joke, no? If you want to get a reward for qualifying, you should get points for qualifying. What did we do today [to earn the points]? I don’t know.”