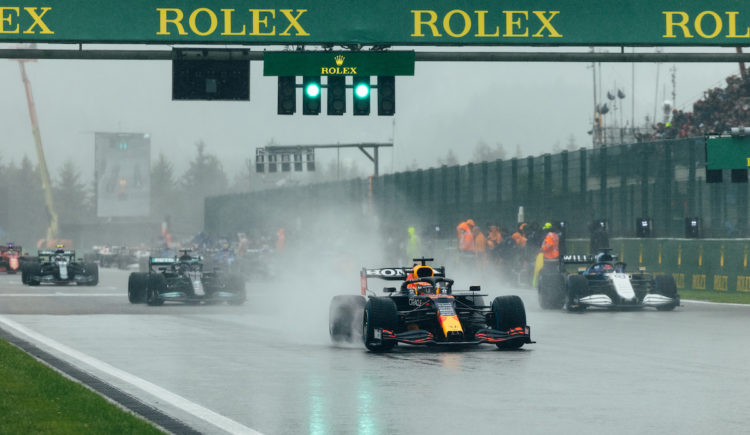 The race start was delayed multiple times before the formation lap finally began behind the Safety Car at 15:25 local time (25 minutes later than originally scheduled).

The pack completed two laps behind the Safety Car before the race was red-flagged, with visibility almost non-existent due to heavy rain.

With the rain continuing to fall and that three-hour window – which the race must take place in – counting down, the FIA took the decision to use their powers to pause the countdown at 17:00 local time, leaving precisely one hour left.

“This decision is taken on the grounds of Force Majeure.”

That means the race can resume at any point outside of the three hour window, once conditions improve, but the race can only last one hour, which would allow for enough laps to be completed to award half points.

The current timing system shows that any race that does take place will have a duration of 39 laps.

Sergio Perez was involved in a crash on his way to the grid. The Red Bull driver’s car was recovered to the pits and his team were able to repair it given the lengthy rain delay and were given permission by the FIA to rejoin the race, starting from the pit lane.