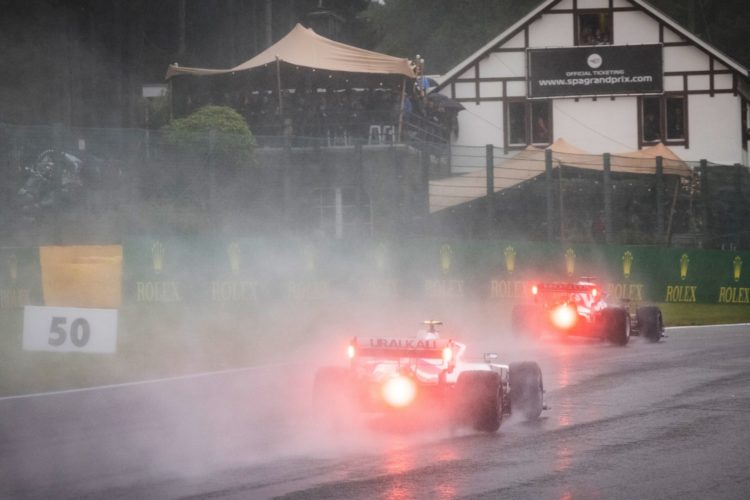 Formula 1 CEO Stefano Domenicali has asserted that there was no commercial pressure to ensure sufficient laps were run in Belgium to declare a result.

The race was pushed back by over three hours due to torrential rainfall at Spa-Francorchamps and stewards enacted Force Majeure to provide a window outside of the initially allotted schedule.

Eventually, three-and-a-quarter hours late, the race began behind the Safety Car, but midway through the third lap the red flag was flown.

The race did not restart and thus was called after leader Max Verstappen had completed three laps.

The result was taken back to the end of the first lap but as three laps were completed it satisfied the regulations in order for half points to be awarded to the top 10.

It had been suggested that commercial factors were at play but Domenicali denied that was the case.

“When I hear that there was [accusations of] some commercial discussion behind that, it’s totally not true,” he said. “Because when we are talking about racing there is a responsibility and a clear process and these things are not connected at all.”

Lewis Hamilton had suggested fans should be refunded due to Sunday’s situation though Domenicali’s comments inferred the matter is not easy to assess.

“I think that I mean, it is something, together with the organiser – because we [F1] are not the one putting [out] the tickets – is something that needs a sign of attention could be done,” he said.

“It is something that as a gesture of attention in terms of what will be the right reward in these conditions, unfortunately the race is not there and you can pay the ticket and that is what it is.

“So, at the end of the day, for sure the organiser, together with us, will consider the maximum attention to the fans. That’s for sure.”

With Formula 1 effectively on the road for successive weekends, and travelling only across the border to Zandvoort, a Monday race was mooted in some quarters, but this was downplayed.

“Not for logistical reasons, for many reasons you cannot schedule the race the day after,” he said.