Vettel: Q3 should have been delayed before Norris’ shunt 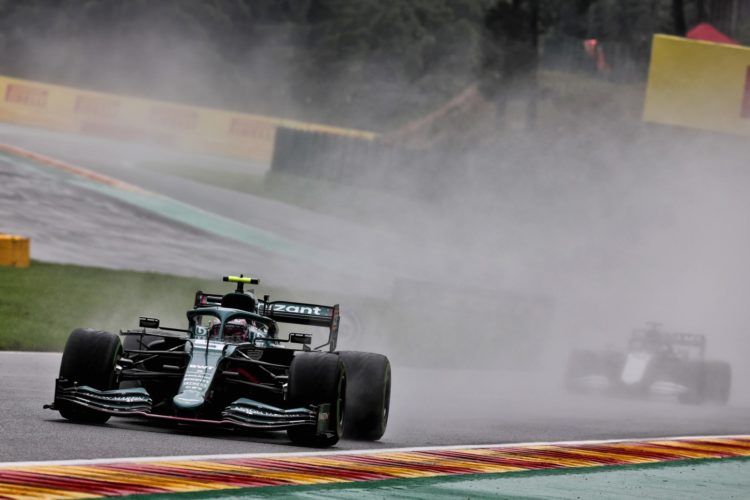 Sebastian Vettel believes Formula 1 Race Director Michael Masi is “not proud” of what happened during qualifying in Belgium and asserted that Q3 should have been delayed.

Qualifying at Spa-Francorchamps took place in wet conditions but heavier rain fell during the brief interlude between Q2 and Q3.

Q3 began as scheduled but on his out-lap Vettel – who was third on the road behind George Russell and Lando Norris – suggested that the session should be halted due to the conditions.

Russell suffered a huge snap of oversteer after aquaplaning along the Kemmel Straight, immediately informing Williams that Q3 should be stopped, while behind him Norris went off heavily at Eau Rouge.

Norris was able to extricate himself from the wrecked McLaren MCL35M and was taken to hospital for precautionary checks, though has since been cleared to drive on Sunday.

Vettel, following Norris on track, crept to a halt in order to check that the McLaren driver was okay after the impact.

“I think we were lucky that nothing bad happened,” Vettel said after the session.

“I think Michael is not proud of what happened either, I think it’s always easy to play Captain Hindsight. I think we need to find a way that we listen more to the information that we have.

“Inside the garage, it’s very limited, it’s like looking out of a window. Three kilometres that way, I have no clue.

“When I went down to Eau Rouge and up the hill, it was a lot of water and was calling for a red flag.

“The truth is, the session should not have started at all. There were things we could have done better, it’s better to be safe one time to many than one time too little.

“It’s good that nothing happened, that’s the main news, but it could’ve been a different outcome for Lando.”

Vettel went on to qualify in fifth position following a 45-minute delay in the aftermath of Norris’ accident.