Verstappen on pole as Russell stars in rain-hit qualifying 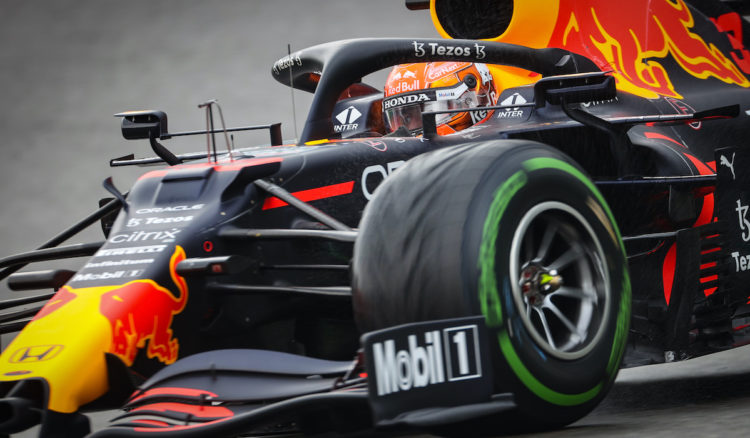 Verstappen emerged on top in a crazy session at Spa-Francorchamps that featured a lengthy delay following a large accident for McLaren’s Lando Norris.

Russell will start alongside Verstappen on the front row of the grid after pulling off one of the shocks of the season in Q3.

Norris had been the star of qualifying after leading the way through Q1 and Q2, during which Intermediate tyres were largely favoured.

Heavier rain prior to Q3 prompted most of the field to start the session on Wet tyres, with Sebastian Vettel suggesting on his out-lap that the session should be halted.

Norris was second in the queue to attempt a lap but lost control towards the top of the Eau Rouge/Raidillon climb and speared heavily into the barriers.

Norris’ McLaren MCL35M bounced across the track before coming to a halt in the run-off at the top of the crest, with all four corners of the car sustaining substantial damage.

The pursuing Vettel slowed to check Norris was okay as the youngster extricated himself from the wreckage while nursing his elbow.

After a 45-minute delay, due to the worsening conditions, the green light was given to resume Q3.

It had looked set to be a battle between the Mercedes and Red Bull drivers, with Hamilton provisionally setting a time almost a second clear of Verstappen.

Russell, who had secured safe passage through to Q3, set only one lap but did so during the closing stages and leapt to the top of the timesheets.

Hamilton failed to beat Russell, falling 0.013s short, though Verstappen ended hopes of a shock pole position by jumping the Williams driver by three-tenths of a second.

Russell will nevertheless start from second, behind Verstappen, with Hamilton in third spot.

Sergio Perez was seventh as Bottas slid down the order to eighth – and will start only 13th due to his grid penalty.

Hungary victor Esteban Ocon and the aforementioned Norris rounded out the top 10.

Ferrari out in Q2

Ferrari has claimed two pole positions in 2021 in the hands of Charles Leclerc but failed to get either car through to Q3.

Charles Leclerc, who claimed his maiden victory at the event in 2019, was 11th, with team-mate Carlos Sainz 13th.

They were separated by Williams’ Nicholas Latifi; the Canadian displayed encouraging pace but was unable to get on par with team-mate Russell.

Stroll will drop to the back of the grid for the start of Sunday’s race owing to his penalty for causing a collision in Hungary.

Despite the tricky conditions that greeted the field in Q1 there was little surprise in the identities of those who were eliminated early on.

They were joined at the bottom of the pack by 2021’s three rookies.