Norris ‘was cheering for Russell from ambulance’ 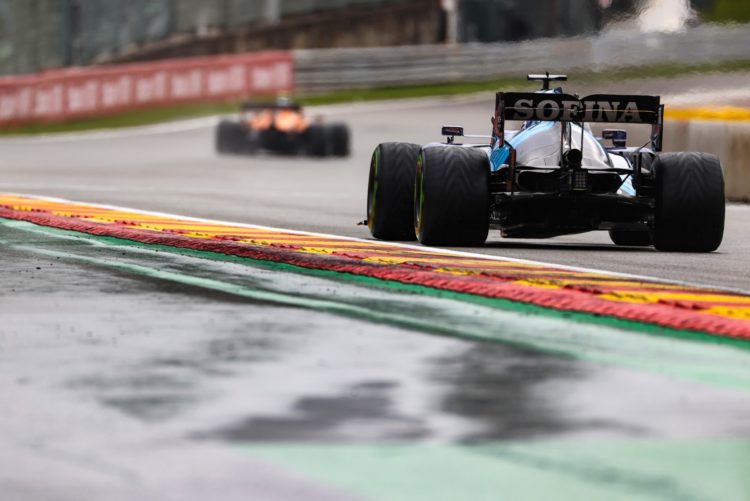 Lando Norris says he was cheering for George Russell from the ambulance in the wake of his hefty crash during qualifying for Formula 1’s Belgian Grand Prix.

Norris set the fastest time during Q1 and Q2 in wet conditions at Spa-Francorchamps but went off at high speed through Eau Rouge/Raidillon as the rain intensified at the start of Q3.

Norris extricated himself from the wreckage but was transferred to hospital for precautionary checks, after which he was given the all-clear to compete in Sunday’s race.

Q3 was resumed after a 45-minute wait and Norris’ compatriot Russell produced one of the shocks of the season by claiming provisional pole position.

Russell was overhauled by Max Verstappen but his time proved sufficient enough for second position.

“I’m very happy for George, I was watching in the ambulance on the way, I wanted to watch quali still and I was cheering on George to go for that pole,” said Norris.

“I’ve been better, but I’m good, just a bit bruised, it was quite a big impact, been thrown around a bit, but I’m ready to race tomorrow, want to get back on track already.”

Norris revealed that he had suggested prior to his crash that conditions were no longer suitable for driving.

“Everything was going extremely well since the first lap in Q1, the car was feeling hooked up, I felt confident in the car,” he said.

“I guess it was tricky going out in Q3 as even on the out-lap I was saying how wet it was and saying it should be stopped or something as I was aquaplaning quite a bit.

“I think it was a combination of pushing a bit too much for the weather at that point, aquaplaning in the middle of Eau Rouge which doesn’t end too well.

“I feel bad as things were going well, the car was on fire, I think I could have quite easily fought for pole position but I’ve now given the team a lot of work to do and a very late night.”