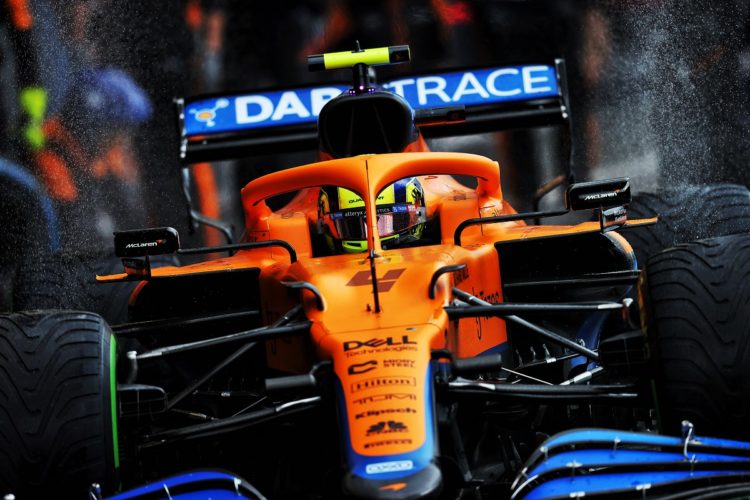 McLaren’s Lando Norris has been taken to hospital for precautionary checks following his heavy crash during qualifying at the Belgian Grand Prix.

The 21-year-old lost control of his car in wet conditions at the start of Q3 as he drove through the Eau Rouge corner, with the MCL35B sustaining heavy damage as it collided with the barriers.

The session was immediately red-flagged, with track conditions deteriorating as the rainfall grew heavier.

Norris was able to jump out of the car but appeared to hold his elbow in discomfort in the immediate aftermath of the crash.

He was assessed by medical staff at the Spa-Francorchamps circuit before he was referred to the hospital for further checks.

Norris ended the session in 10th place after failing to set a lap time in the final stage of qualifying.

However, should he take the race start on Sunday, he may have to do so from the pit lane if McLaren is forced to perform a chassis change, which will breach parc fermé regulations.

The crash marked the second big Eau Rouge incident of the weekend, as on Friday, six cars were involved in a shunt during the W Series qualifying session.