Norris cleared to race in Belgian GP after qualifying shunt 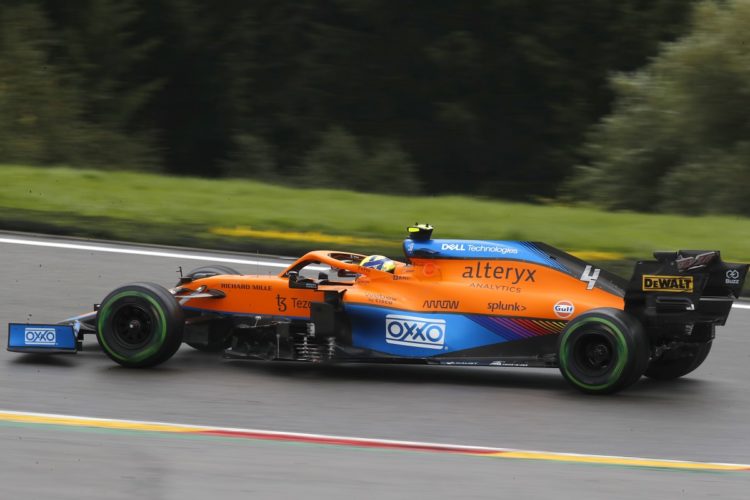 McLaren’s Lando Norris has been cleared to race in the Belgian Grand Prix on Sunday following his heavy crash during qualifying at Spa-Francorchamps.

The Briton lost control of his car at the Eau Rouge corner in wet conditions at the start of Q3 and suffered a heavy collision with the barrier.

After being assessed by medical staff at the circuit, Norris was brought to a local hospital for an X-ray on his elbow, which he held in discomfort as he climbed out of his wrecked McLaren car.

Following checks at the hospital, Norris received the all-clear to drive in Sunday’s race by the trackside doctor and the FIA’s medical delegate.

McLaren has not provided detail on how damaged Norris’ MCL35M car is, however, should it require a chassis change, Norris will be forced to start the grand prix from the pit lane.

Norris ended the qualifying session in 10th, having set the fastest time in Q1 and Q2, just minutes prior to his shunt.