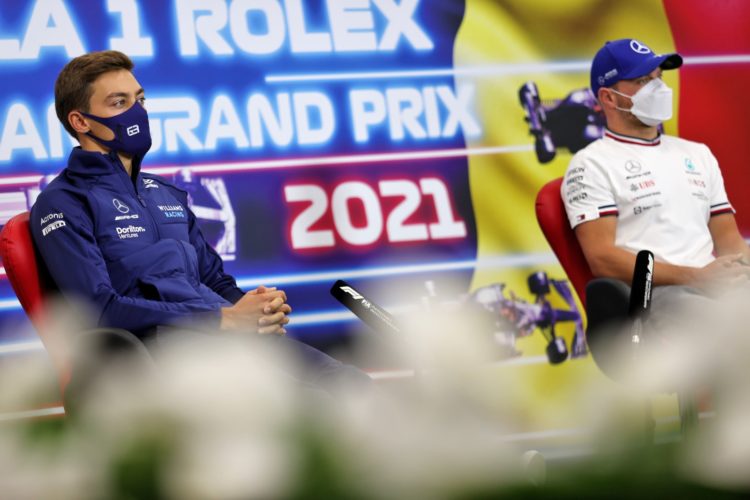 Mercedes boss Toto Wolff says the manufacturer has made a decision on who should partner Lewis Hamilton in the 2022 Formula 1 season but is not yet ready to communicate the news.

Mercedes renewed with Hamilton for a further two seasons earlier this year but the identity of his team-mate has been a long-running discussion.

It has previously reiterated that the only two candidates under consideration are incumbent Valtteri Bottas and junior George Russell, who currently races for Williams.

When, on two separate occasions, Wolff was asked whether a decision had been made he replied in the affirmative.

He explained that the outcome of qualifying in Belgium, with Russell taking a shock front-row position for Williams, “doesn’t make any difference” to the 2022 line-up.

“If I needed to have that ultimate proof then something would have been wrong, but it’s not down to only… the decision is considering other factors, let’s see.

Wolff praised Russell for his display during the rain-hit qualifying session at Spa-Francorchamps.

“I looked at the onboards of the drivers and I think from the beginning he’s the only one who in La Source gained so much time to everyone else as he’s the only one who’s on the apex, so that is a fact of driving and also having the right set-up and the tyre temperatures in the window,” he said.

“The way Williams has approached qualifying was very clever. Risky but clever.

“He was very committed through Eau Rouge and the car also looks very good through the rest of the lap but it needs a driver to maximise that or exploit the full potential of the package or overperform the package, and all that came together today.