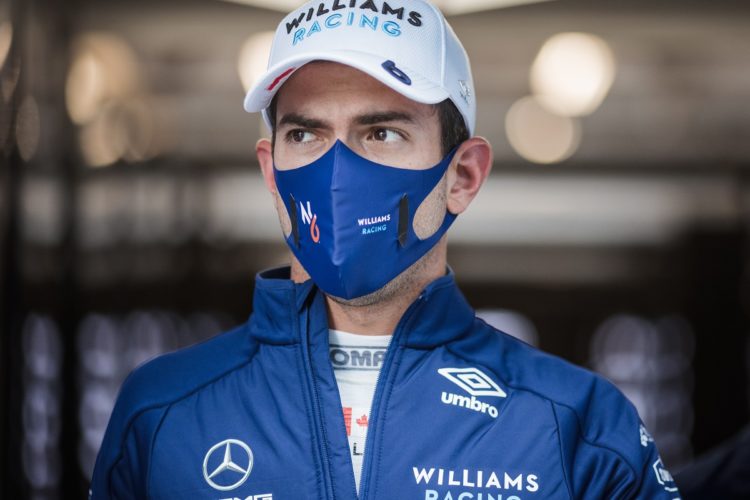 Williams has dropped a firm hint that it will retain Nicholas Latifi at the team for the 2022 Formula 1 season.

Latifi joined Williams as its reserve driver in 2019 before stepping up to a race seat in 2020, and he was retained for 2021.

Last time out in Hungary, he scored his first championship points, classifying in seventh.

The Grove-based squad has not yet announced its line-up for next year, with Russell heavily linked with a switch to championship leaders Mercedes.

Latifi recently stated that he was “100 per cent ready” to lead Williams’ driver line-up next year, should Russell depart the squad.

“I agree with him,” Williams CEO Jost Capito said of Latifi’s leadership comments.

“I think maybe not now yet, but he is really improving race-by-race and I’m sure by the end of the season he is ready to do that.

“Especially his personality is in the right spot to lead the team. He works very well with the engineers, he is very motivational, he is very clear in his direction, where he wants the car to develop and he’s very much liked by the team.

“He’s very demanding. I think he also learned a lot with George, they work together and spend a lot of time together on and off the track, so it’s a fantastic relationship and I’m sure by the end of the season he will be in that position that he can lead the team.”

When asked if that pointed to Latifi obtaining a contract at Williams for next year, Capito said: “It looks like, I would say.”

Should Russell depart the team, Capito says it has a number of options available to it regarding who drives the car in 2022.

“I think there are different options and different strategies,” Capito said.

“It’s not just the experience, it’s also the personality and the spirit to join Williams. Where Williams is now, we are improving and we have ambitious objectives for the years to come.

“The most important is that we have a driver with the spirit to support Williams on the way Williams wants to go. That’s more important than experience or non-experience.”