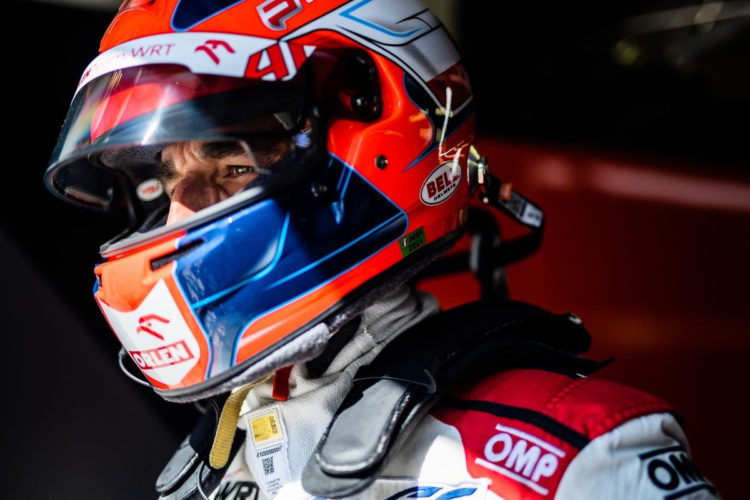 Robert Kubica has responded to the dramatic conclusion to the 24 Hours of Le Mans, which saw the Polish driver lose out on a debut win with Team WRT on the final lap.

Kubica’s #41 ORECA 07-Gibson came to a halt while leading with a lap remaining when the car suffered a throttle sensor issue with Yifei Ye behind the wheel.

The victory ultimately went to the sister car, while Kubica, Ye and Louis Deletraz were not classified as finishers after Ye stopped the car on the final racing lap.

After the race, Kubica spoke of the team’s race, in which it had already suffered multiple issues prior to the final lap drama.

“Not the luckiest one, I would say,” said Kubica. “Starting from lap one where we got hit by a lost part of the car in front and the nearly got a DNF with big impact on the windscreen and damage to our antenna.”

“Then Louis was hit by another car, and we damaged our rear of the car. So we drove 21 hours with a vibrating car.”

“11 hours to go, we did have a lambda sensor issue. So we didn’t have full power and we had to run the emergency mapping, which was consuming more fuel, so we have to save fuel with lift and coast. Nevertheless, pace was good.”

“Moreover, we were not lucky with safety cars and slow zones. We were always catching, then losing half a minute, one minute, then recatching.”

“Of course, sister car 31 had a issue with jack, so we came back to the fight. It’s painful. I mean, in the end, of course, it’s good for the team, for the sister car. But when you chase for so long, I think we deserved it because the guys have done a good job.”

Kubica praised his team-mates Ye and Deletraz for their respective performances during the race.

“Yifei was really on it, Louis did his job and drove well. We also accepted the part of the race where we’re slow becauseit can happen. We stay focused, we did accept that we had an issue during the race and with 11 hours ago, we kept pushing, kept delivering.”

Despite overcoming issues that made the win seem unlikely, the #41 car was eventually promoted into the lead after the airjack issues for the sister car.

Kubica then explained how he felt watching the win slip from his grasp.

“Okay, 99.999 times nothing happened. But I was always saying ‘guys as low as 70 minutes is, it can happen’. And actually it happened. But that’s life.”

Kubica was able to put the defeat in perspective, and ultimately stated that the team could be proud of their debut performance in the French endurance classic.

“There is no words needed, in the end. It is something which will be always painful. That’s part of the life. I think difficult moments makes you stronger.”

Of course, it sounds like cheap words. But I think, once you process it, you think about it, I think we can be proud of what we were doing. The guys really deserve it. It didn’t turn out our way. But that’s racing. That’s why we love it or hate it.” 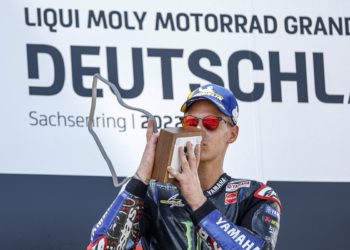 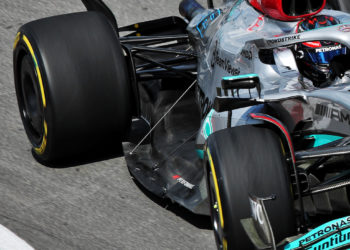