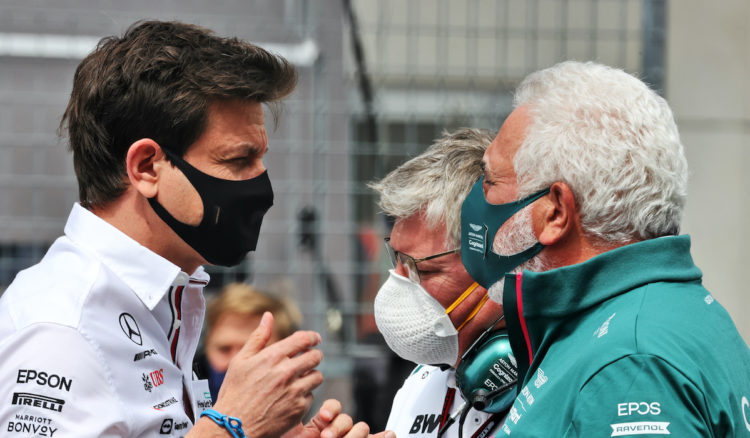 Canadian newspaper Le Journal de Montreal first reported that an investigation into ‘insider trading’ would be opened as it sought clarity over a number of dealings which was then followed by a sharp rise in Aston Martin’s share price.

Wolff purchased shares in the British sportscar company last year following a takeover by close friend Stroll. Meanwhile Daimler, parent company to Mercedes, also owns a small stake in the company which it signalled recently it would increase to 20 per cent. That news came around the same time Tobias Moers was appointed chief executive, having previously been head of Mercedes AMG.

Mercedes said Wolff hadn’t been aware of its plans at the time and that “all relevant disclosures were made to the UK financial authorities at the appropriate time”.

However reports of insider trading were unfounded according to two major financial regulators, as reported by the Financial Times.

“Financial regulators have looked into suspicions of insider trading in Daimler and Aston Martin shares, including the purchase of a stake in the UK luxury carmaker by Toto Wolff, Mercedes’s Formula 1 boss.

“BaFin, the German markets watchdog, said it had looked into trading at Daimler and also passed information to counterparts at the UK’s Financial Conduct Authority regarding trading in Aston Martin shares. BaFin said it had not found evidence to proceed with an investigation. A person familiar with the matter said the FCA had not pursued an investigation.”

Wolff is also a major shareholder in the Mercedes F1 team, owning a third of the company alongside Daimler and British billionaire Sir Jim Ratcliffe.